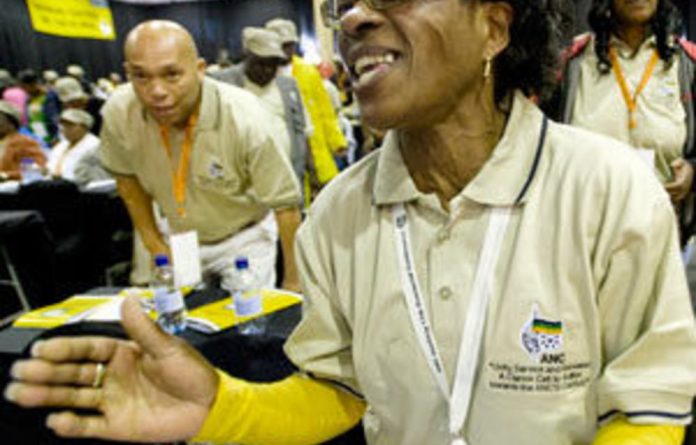 Moves are afoot among supporters of newly elected Gauteng ANC chairperson Paul Mashatile and ANC Youth League leaders to look for a new leader to replace Jacob Zuma at the 2012 party conference.

Some senior party leaders have steadily lost confidence in Zuma since his election as ANC president at Polokwane in 2007, and even his traditional support base in the youth league is having second thoughts.

The Congress of South African Trade Unions (Cosatu) and the South African Communist Party (SACP), however, appear to be wavering on the matter (See below).

Supporters of Mashatile are planning to lobby for a new leader to replace Zuma as party president. And the Mail & Guardian has established that, in a related anti-Zuma move, Mashatile supporters also want Joel Netshitenzhe — ANC national executive committee member and former head of policy in the Presidency — to replace Gwede Mantashe as ANC secretary general during the party’s elective conference at Mangaung in 2012.

Zuma has hinted that he is available for another term, but the Mashatile group is punting Deputy President Kgalema Motlanthe and Human Settlements Minister Tokyo Sexwale as the strongest contenders to replace him. Defence Minister Lindiwe Sisulu’s name has also been mentioned.

Mashatile was believed to have supported Sexwale for president before the 2007 ANC Polokwane conference but his own province defied him by opting for Zuma.

In an interview with Business Day this week, Mashatile said no one, including Zuma, was guaranteed re-election in 2012. “I have not made a choice at this stage. I support the current leadership, but for 2012 no one is guaranteed,” he was quoted as saying.

The youth league’s second thoughts on Zuma follow the ANC disciplinary committee’s ruling this week that league president Julius Malema must apologise for behaviour that provoked division and a breakdown of unity within the party. He was cleared of three other charges.

Sources close to Malema say he is smarting from what he regards as Zuma’s public humiliation of him and that the league is therefore unlikely to throw its support behind Zuma. The league has already indicated its support for Deputy Police Minister Fikile Mbalula to take over as ANC secretary general. The M&G understands the league will now intensify this campaign.

It is not clear which alternative candidate for party president the league will support, but some youth leaders have mentioned Lindiwe Sisulu, minister of defence, as a possibility. A national youth leader told the M&G her election would be desirable on gender grounds and would “serve as an honour to her father”, former ANC deputy president Walter Sisulu.

Momentum
The plan to lobby for Netshitenzhe as ANC secretary general gained momentum after Mashatile’s re-election as ANC chair last weekend. Reliable party sources told the M&G that some ANC delegates informally discussed the plan during Mashatile’s victory party at the Tshwane showgrounds on Saturday.

“There is a general sense between comrades that the ANC, under Zuma’s leadership, has marginalised intellectuals and capable leaders in the party,” said a member of Mashatile’s inner circle.

“The current crop of leaders lack depth and are unable to articulate ANC policy in line with the Polokwane resolutions.

The poor handling of the Chancellor House “debacle” was indicative of the “kind of leadership we have”, the close Mashatile ally said. “Currently, provinces are doing their own things. ANC leaders are facilitating tenders in various provinces and if you tell JZ [Zuma], he says, let’s debate.”

A “radical leadership change” is needed “if we are serious about restoring the image of the ANC”, the Mashatile supporter said. “Netshitenzhe’s track record on ANC policy issues speaks for itself. He is one of the few leaders groomed by [former ANC president] OR Tambo.”

But Netshitenzhe’s close relationship with former president Thabo Mbeki might be a disadvantage when other provinces are lobbied. And another ANC insider pointed out that the Gauteng ANC is no longer the leading force it was in the 1990s.

“The lead-up to Polokwane in 2007 showed they were so confused themselves,” the insider said. “Of course there are people who enjoy JZ’s lack of leadership — so they can do whatever they want. But many feel he was a transitional leader from Mbeki and we now need a younger leader …”

Youth league spokesperson Floyd Shivambu was not available for comment. But Gauteng ANC spokesperson Dumisa Ntuli this week objected to the persistent lobbying by some ANC cadres. “The ANC Gauteng fully supports the collective of the national executive committee under the leadership of comrade Jacob Zuma,” Ntuli said. “The strange agenda to talk about the leadership collective two years before the conference is not only divisive but [also] a deliberate attempt to sway leaders from the key organisational task … We strongly appeal to cadres to desist.”

Cosatu and SACP waver
Both Cosatu and the SACP are yet to decide on whether Jacob Zuma should be retained, the M&G understands.

Earlier this year the trade union lambasted Zuma for his failure to appreciate the crisis of unemployment, poverty and inequality in his State of the Nation address. It also criticised him for taking a unilateral decision on a two-tier labour market to promote job creation.

Asked if Cosatu will support Zuma’s second term as ANC president, Cosatu spokesperson Patrick Craven said: “The only people who can take such decisions are members of the ANC. Cosatu will always support democratic decisions. We remain in support of President Zuma until ANC members decide [in 2012].”

He said Gauteng Cosatu support for the re-election of Mashatile did not mean the union would support anyone planning to oust Zuma.

Cosatu is understood to be throwing its weight behind Gwede Mantashe to retain his position as party secretary general.

The M&G also understands the SACP will delay a decision on support or otherwise for Zuma.