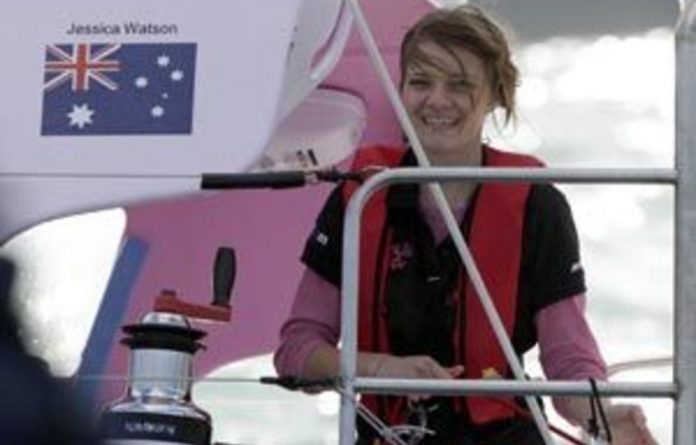 An Australian teenager sailed into Sydney Harbour to a rapturous welcome on Saturday to complete a solo circumnavigation of the globe that will take her into the history books.

Accompanied by a flotilla of supporters’ boats, Jessica Watson, 16, sailed through the harbour entrance around 2 p.m. local time, witnesses said, at the end of a controversial seven-month journey.

The circumnavigation makes her the youngest person to sail solo, non-stop and unassisted around the world and brings her home to Australia just three days short of her 17th birthday.

However, her voyage is not expected to qualify officially as a record because of issues about her route and young age. Her backers have also come in for harsh criticism, with some experienced yachtsmen opposing the voyage.

Watson’s yacht Ella’s Pink Lady has taken her around the southern part of the earth, a distance of around 23 000 nautical miles, past the tips of South America and Africa, before making her way along Australia’s southern coast and around the island state of Tasmania.

Her arrival was delayed several hours by choppy seas and a torn sail. As she approached Sydney, spokesperson Andrew Fraser said she had deliberately taken it carefully in the final stages.

Watson waved to supporters from her pink yacht as she entered the harbour. More than 100 boats turned out to greet her. Crowds assembled for a reception later at the Sydney Opera House, where members of her family were due to meet Watson with a pink carpet as she steps onto dry land.

Among the well-wishers was Jesse Martin, another Australian who completed a global circumnavigation at the age of 18 in 1999, and who has kept in touch with Watson during her voyage.

Shortly before she began the attempt last year, Watson’s yacht collided with a ship while on a practice run, prompting the government of her home state of Queensland to ask her to cancel the voyage.

Earlier, authorities in the Netherlands had made another 13-year-old girl a ward of state in order to prevent her attempting a similar voyage.

However, Watson’s decision to carry on despite criticism has attracted some high-profile sponsors and made her a national celebrity. Her website (www.jessicawatson.com.au) and an online blog written from the yacht have attracted a substantial following. — Reuters