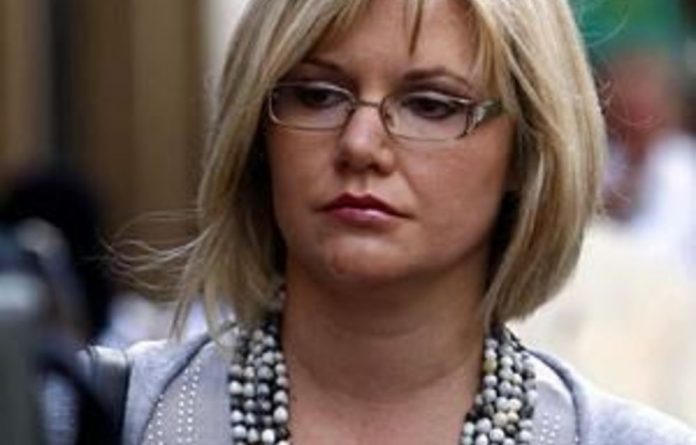 Wearing a black leather jacket and purple blouse, Visser, also known as Advocate Barbie, stood before the court where she was registered on the national sex offenders’ list.

The registration meant that Visser would never be able to work with or be a custodian of children.

Earlier, Visser arrived at the court carrying a kitbag, turquoise pillow and other bedding.

“It’s so unfair and an infringement of her human rights. It takes us back to the medieval times of a witch-hunt.”

Lemmer said he felt the prison time was unjustified and that it would not benefit Visser or society as there were other types of rehabilitation available that would be more suitable.

“She did not commit murder or rape. She didn’t get a second chance,” a distraught and angry Lemmer told reporters.

“She did not get a second chance. This is institutional victimisation,” he said, referring to the Supreme Court of Appeal in Bloemfontein’s dismissal of Visser’s application for leave to appeal her conviction.

Relief
However, state prosecutor Andre Fourie said he was “relieved”.

“It’s the end of a long court saga. We were very sure of the outcome of this [case] and we are relieved that our confidence was realised.”

However, the Corrections and Civil Rights Movement — which was also in court — agreed with Lemmer that prison time was unjust.

“The [law] book says in general, prison should only be used as a last resort when there are no other sanctions when the offences demand it.”

Bhudu said a public campaign would be launched to support victims, their families as well as the offenders who were not given a fair trial and were at “loggerheads” with the judicial system.