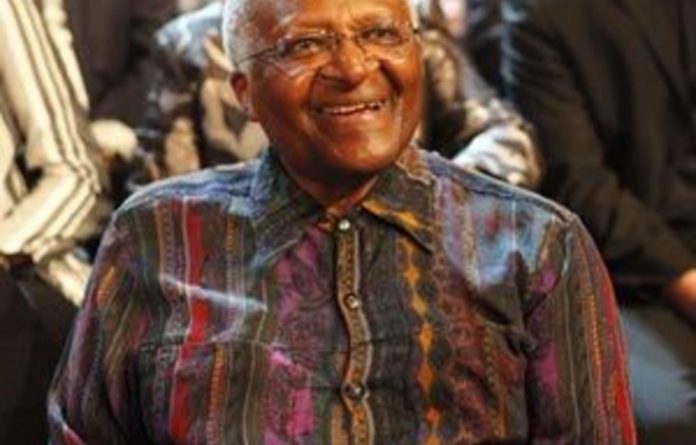 Nelson Mandela would be hurt if he was fully aware of the "gutter level of discourse" among some politicians in South Africa today, Archbishop Desmond Tutu has told the Guardian.

Tutu, who led the campaign for Mandela's release, admitted his generation had been naive in thinking the altruism of the anti-apartheid struggle would inoculate against corruption in the democratic era.

In an interview by email prior to his speech at Monday's annual Google Zeitgeist conference in London, the archbishop emeritus also praised the internet's transformative potential, but warned of a digital divide between Africa and the west.

Tutu, seen by many as the conscience of South Africa, recently said he was grateful Mandela, who is 91 and retired, was not always aware of events in the nation.

Expanding on this, Tutu wrote: "Issues such as corruption would certainly hurt him, as well as the gutter level of discourse by some politicians within the ruling party. We naively thought struggle attributes such as altruism were transferable, but sadly this was not the case, as seen by the high level of corruption that has plagued us since we gained our democracy."

'Lack balance in discourse'
The 78-year-old continued: "Poverty, health issues such as HIV and Aids, inadequate service delivery and lack of balanced discourse are some of the issues that would worry Mandela. One would have imagined that in our old age, we would sit back and watch the younger generation making a go of turning South Africa into a pride."

The remarks could be seen as a swipe at Julius Malema, president of the African National Congress Youth League (ANCYL), who faced a party disciplinary hearing over his recent behaviour. Malema has hurled personal abuse at opponents, been convicted by a court of hate speech, and called a BBC journalist a "bastard" and "bloody agent". He has also been accused of using his connections for financial gain.

Tutu struck an optimistic note about the future, citing the relatively calm reaction to the killing of white supremacist Eugene Terre'Blanche as evidence that South Africa was not, as some sceptics predict, on the brink of a race war.

"I am hopeful that the situation will be resolved," the Nobel peace prize winner said. "We have wonderful people here who, given an opportunity, will work hard and turn around things. We still enjoy amazing stability and if you look at the recent murder of Eugene Terre'Blanche — there was no bloodbath and President Zuma treated the situation with great sensitivity and statesmanship."

Tutu also defended the World Cup in South Africa next month from critics who say it will do nothing to benefit the poor. "I believe people live on more than just bread. We will be able to say we have done it. It is the first time this prestigious tournament has been held on the African continent, and therefore important for who we are, for our self-esteem as a continent and as South Africans. Infrastructure that has been developed will benefit us well after the World Cup has come and gone."

He praised the internet for revolutionising communications in Africa, allowing students to conduct research from home and people to use email as a cheaper alternative to phones. But he warned of a disparity in web access because of inadequate electricity and equipment, particularly in rural areas. "There is a tendency for the west to dominate the worldwide web," he said. "Until Africa catches up to the west, it will lag behind. We also need to remember that most African countries are saddled with political and economic instability, and as such technological advancement takes a back seat." — Guardian News and Media 2010

Sudanese stand ground against coup as condemnation pours in

On Monday soldiers detained Prime Minister Abdalla Hamdok, his ministers and civilian members of Sudan's ruling council, who have been heading a transition to full civilian rule
Opinion