No ultimatum given to Manyi: Minister 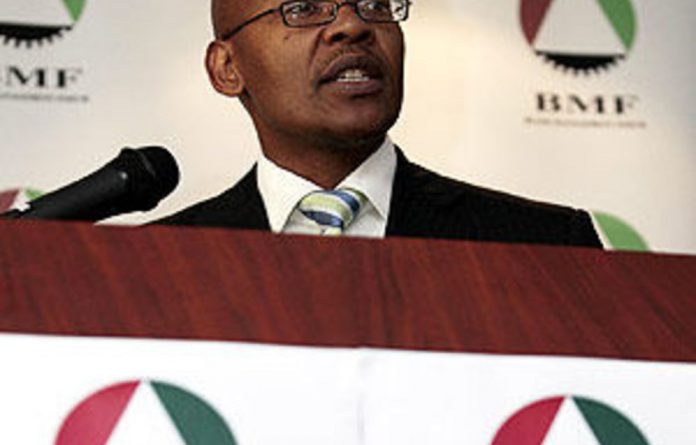 Labour Minister Membathisi Mdladlana on Tuesday rejected reports that an ultimatum was given to director general Jimmy Manyi to choose between his government job and his Black Management Forum (BMF) presidency position.

“I stated it categorically at the BMF conference on 29 October 2009 in Johannesburg that with regards to claims of conflict of interest, Manyi himself would have to navigate as to how best he manage both his jobs,” Mdladlana said in a statement.

Claims that Manyi would meet the minister this week and announce a decision were untrue, he said.

“What decision?” asked Mdladlana. “I meet with Manyi as and when required, and we are meeting today, for example to discuss departmental issues and therefore the statement has no substance, it is simply [a] lie.”

He said some journalists were sowing seeds of division between him and his director general.

Re-elected
Manyi stood for the BMF’s presidency and was re-elected in October 2009, two months after he was appointed director general of the labour ministry.

On Sunday The Sunday Independent reported that Mdladlana instructed Manyi to choose between his job in government and his position as president of the Black Management Forum (BMF), while at an international conference.

Mdladlana, who was attending a child labour conference in The Hague in Netherlands, said Manyi’s holding of two positions was “not sustainable”, the paper reported.

He said they had already discussed the matter.

After he was appointed director-general for the department of labour, Manyi apparently promised Mdladlana that the BMF deputy president Thembakazi Mnyaka would “carry the can” for the organisation.

No one to lead?
“Now that they know he is the director-general of the department of labour for the next three years (they should appoint another president).

“Are they (the BMF) saying there is no one who can be the president of the BMF? He should have moulded a leader as he was leading,” Mdladlana reportedly said.

The controversial Manyi is notorious for his unpopular statements. Manyi recently said the Constitution had to be changed as it did not favour transformation. He also attacked the freedom of expression clause, blaming it for the media’s criticism on President Jacob Zuma.

The BMF called the recent election of Business Unity SA president Futhi Mtoba “a blow against transformation and the unity process in the South African business community”.

But those close to the election process told the Mail & Guardian that votes from across both established white business and what can be seen as emergent black business were cast in Mtoba’s favour.

She ran against BMF backed businessman Sandile Zungu — who was reportedly seen as having greater entrepreneurial skills and stronger links to government.

The M&G reported in October 2009 that Manyi insisted there was no conflict in heading the Black Management Forum at the same time as occupying a senior government position, while government declined commenting at the time.

The government’s senior management service handbook says employees should not use their positions to promote or prejudice any political party or interest group and should avoid conflicts of interest. But the public service commission and the department of public service and administration referred the M&G to each other, leaving inquiries about Manyi unclarified.

The handbook also says senior managers must place all their time at the disposal of the state, as the Public Service Act requires. Manyi told the M&G at the time that he took three days’ leave to perform forum duties, but refused to say if he had discussed the holding of the two positions with Minister of Labour Membathisi Mdladlana.

At the time of his appointment to the Labour Department, Manyi said that his new forum deputy, Tembakazi Mnyaka, was likely to become the “face” of the organisation. “She will be more profiled. I’m going to play a supporting role,” he said.

However Manyi remained at the forefront of the organisation. Besides his forceful statements around Mtoba’s appointment, he was also vocal in November 2009 around the ousting of Eskom CEO Jacob Maroga. — Sapa and the M&G

See our Dummy’s guide to the Eskom crisis.