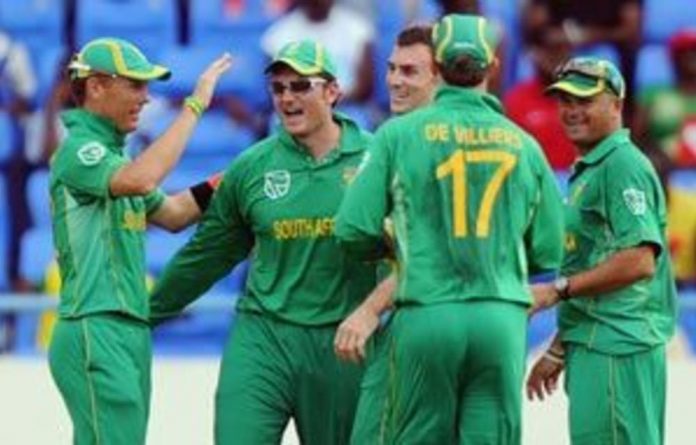 Seam bowler Ryan McLaren took 5-19 to lead South Africa to a 13-run win over West Indies in their Twenty20 international at the Sir Vivian Richards stadium in Antigua on Wednesday.

On a tricky, two-paced pitch and in windy conditions, Jacques Kallis struck 53 from 51 balls and skipper Graeme Smith made 37 as South Africa reached 136 for seven.

The dismissals of South African openers Smith and Loots Bosman were both curious in that the batsmen “walked”, declaring themselves out. Both could have survived had they stood their ground.

Bosman flicked a leg-side delivery from Jerome Taylor to keeper Andre Fletcher but the umpire signalled a wide while Smith was stumped off Nikita Miller but the television replay showed his foot was behind the crease when the bails were removed.

West Indies skipper Chris Gayle (14) and Dwayne Bravo (20) both failed to make the big scores their team needed and only Kieron Pollard (27 from 20) managed to find the middle of the bat.

Despite some loose bowling at the end from the Souh Africans, with 13 extras conceded, West Indies ended up all out in the final over, with McLaren getting a just reward for some intelligent bowling.

Both teams failed to make it from the Super Eight stage of the Twenty20 World Cup, which was won by England on Sunday.

South Africa, who dropped keeper Mark Boucher and asked batsman AB de Villiers to take the gloves, will now fancy their chances of completing a victory in this two-match series.

The second game will be held on Thursday at the same venue before the two teams begin a five match one-day international series and then three Test matches. — Reuters