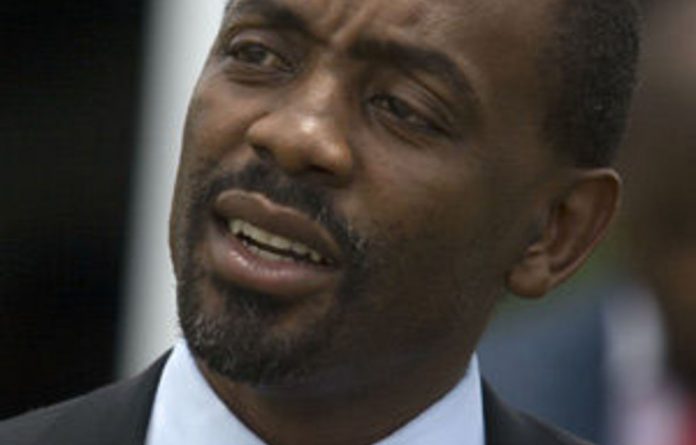 President Jacob Zuma says in court papers that he considers prosecutions head Menzi Simelane to be “fit and proper” for the job.

Zuma’s answering affidavit, filed late this week, to the Democratic Alliance’s (DA) court bid to set aside Simelane’s appointment as national director of public prosecution shows the president’s unwavering commitment to the decision he made when placing Simelane in the hot seat.

The DA contends that Simelane is not fit and proper for the job because he lacked integrity and did not respect the institutional independence of the National Prosecuting Authority (NPA). In one of his court affidavits, the DA’s James Selfe said there was an “ulterior motive” in appointing Simelane to replace his predecessor, Vusi Pikoli, with someone “more malleable.”

Zuma says in his affidavit he had known Simelane for a number of years as a member of the competition commission and as director general of the department of justice and constitutional development.

“Whether a person is fit or proper to be entrusted with the responsibilities of the office concerned is my subjective decision. I am the person, as the president of the Republic, to be satisfied that the person is fit and proper,” said Zuma.

“In doing so I have to take cognisance of his/her experience, conscientiousness and integrity.”

Simelane has been under fire since his appointment by Zuma last year and is said to be behind the plummeting morale at the NPA due to the restructuring plans he has implemented without consultation. All restructuring at the NPA has since been put on hold, Zuma told Parliament last week.

The DA’s case is largely based on evidence by Simelane during an inquiry in 2008 into Pikoli’s fitness to hold office and the report by its chairwoman, former speaker of Parliament Frene Ginwala.

In her report, Ginwala criticised Simelane, questioning his conduct and stating that as justice director general, he had asserted powers that he did not have.

Zuma says in his affidavit he had discussed the matter with Minister of Justice Jeff Radebe. “The minister conveyed to me that advocate Menzi was, in his view, a person of integrity and competence,” says Zuma.

“I understood the Ginwala enquiry to be a fact-finding exercise established to assist the president to take a decision on whether advocate Pikoli was a fit and proper person to hold the office of the national director of public prosecutions. It was not a judicial commission of enquiry into the conduct of advocate Simelane as the director general of justice.”

The affidavit says said Zuma had considered the Ginwala inquiry views on Simelane as a “note of precaution” to the national executive, the NPA and Parliament to streamline the relationship between all of them.

“It was not a report intended to have advocate Simelane disqualified for future appointments. The minister of justice also expressed his satisfaction that advocate Simelane was fit and proper to be appointed as the deputy national director of public prosecutions,” Zuma’s affidavit says.

After the litigation against Pikoli came to an end, says Zuma, he was required to make an appointment. “I again considered the curriculum vitae of advocate Simelane, my personal knowledge and the input I have received from the minister of justice.”

In his answering affidavit, also submitted late this week, Radebe said he considered Simelane was “appropriately qualified, is a fit and proper person, and has the independence of mind, intellect, integrity, experience, and work ethic to exercise the functions necessary to discharge duties at the NDPP without fear, favour or prejudice. He is currently the most appropriate person to assume the responsibility of leading the national prosecuting authority.”

The DA’s application is set to be heard on September 13, 14 and 15 in the Gauteng North High Court.