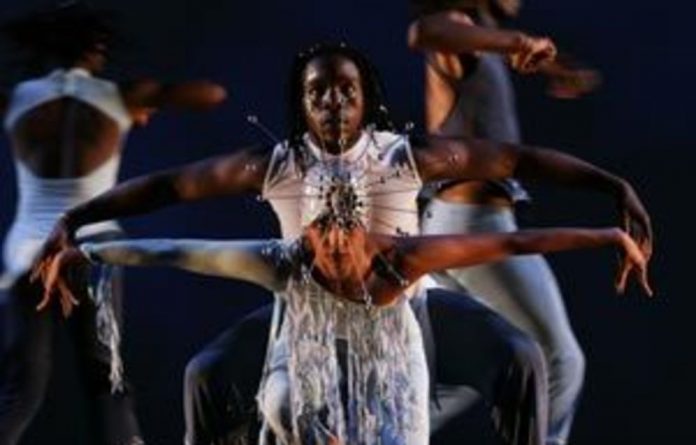 Although billions of rands are spent on stadiums and the beautiful game occupies centre stage, in the wings the arts are in danger of fading away for lack of financial nourishment.

Dance, in particular, has fallen victim to both the recession and football mania, with two major organisations, the South African Ballet Theatre (SABT) and Dance Umbrella, hovering on the brink of closure. With them, if they go, will go their outreach programmes and the hopes of many youngsters, black and white, whose ambition it is to dance.

Since the dawn of South Africa’s new democracy, the arts community, particularly those segments considered to be Eurocentric, has battled for survival. It has largely been dependent on corporate donors to sustain it and now even those corporate donors are turning their attention elsewhere.

With the National Arts Council’s budget slashed by half and the national lottery notoriously tardy about considering applications and handing over funds, where are the beleaguered organisations to turn? Is it time to convince the government and business that the arts are not merely an indulgence for the dilettante classes but an essential element of a healthy society? Is it time to exchange the begging bowl for the business plan?

“We need to re-look at the way the South African government looks at the arts,” says Cedric Ntumba, the new chairperson of the ballet theatre. “For a long time there has been a disconnect between the government and the arts. It’s a tragedy.”

The recession (he calls it a depression) certainly hasn’t helped and, says Ntumba realistically, ballet will always be first to be cut out of the budget: “It’s not mainstream, it’s not contemporary, it’s classical in its nature. The problem is, if it dies, it’s a very difficult thing to restart.”

Already the ballet theatre has had to retrench staff and has lost one of its principals, Angela Malan. Its popular outreach projects in Mamelodi, Soweto, Alexander and Eesterus are under threat.

‘Pockets of good news’
Although, Ntumba says, there are “pockets of good news” — the arts council provided R500 000 in December and “we’ve had some sort of commitment from the Lotto” — that is not going to sustain the company in the long run. The answer, he believes, is an increasingly professional and business-like approach.

“We need to start running our arts organisations as businesses. Donor language and sponsorship language are self-defeating — we have something to sell. And we’re not just offering a form of entertainment — we create jobs.”

Ballet theatre is bringing more business people on to its board, professionalising its management and allowing the dancers who have run it to date, largely out of love, passion and determination, to go back to what they do best — dancing and teaching ballet.

With funding so limited, it seems impractical for South Africa to have two large ballet companies and there is talk of the ballet theatre joining up with the Cape Town City Ballet to form the South African National Ballet Company.

Mandie van der Spuy, the head of arts sponsorship for Standard Bank, believes that for companies such as the ballet theatre and Dance Umbrella to make themselves sustainable, they should be talking about sponsorship rather than funding.

“Funding sits in corporate social investment territory,” she says. “When you fund something you don’t expect anything in return, whereas with sponsorship you want a return, even if it isn’t immediately identifiable.”

Over the years, she says, business’s approach to the arts has changed, with arts sponsorship being a “very important tool within the overall marketing mix for Standard Bank”.

Conceding that the arts will never attract the same level of support as sports does, she says they still play “a very important role within a niche market”.

“They have a product to sell and they must believe it can enhance the business — it’s not just about ‘nice to do’ and ‘nice to have’.”

In Johannesburg’s Newtown Georgina Thompson, the artistic director of Dance Umbrella, is less upbeat. For the past 22 years it has brought contemporary dance to South Africa, offering opportunities to young choreographers and dancers that have enabled some to take their place on the world stage.

It has been a year since Dance Umbrella’s sponsor, FNB, announced that it no longer wished to be involved and no new funder has materialised.

“There is no understanding that this is an internationally renowned annual festival and the only national platform for dance in the country.

“This is a professional project and we are professional practitioners,” says Thompson. “If we don’t have money to present Dance Umbrella, we close down, and with us will go our outreach projects, Stepping Stones, the youth and community group programme funded by a Brussels-based organisation, and the workshops that enable dancers to shift from Stepping Stones to the main Dance Umbrella programme.”

“They must stop confusing development with professional companies — you can’t put us all in the same basket and hand out the money equally.”

Michelle Constant, the chief executive of Business and Arts South Africa, agrees. But, although she acknowledges that “the recession and the World Cup have hammered the arts”, she, too, is adamant that it’s time for the arts to become more business-like.

“You must know what your value is. The arts add quality, humanity. I don’t think these are soft topics. The arts need to be more organised as a cluster, but also as individual organisations and as individuals.”

Businesses invest in the arts for three reasons, says Constant — philanthropy, reputation and prestige, and cash sales. Arts organisations hoping for help from business have to address those issues themselves.

“There is no point in saying you have a great show unless you are also able to say what that great show will mean to that business,” she says. “I truly believe it’s about business. You have to be able to show why the arts are valuable.

“It’s a time for business, the arts and the government to engage. We can’t just sit back. Artists have always been fighters and we have to fight. It’s crucial that we fight for the arts. A life without the arts is no life.”

"Our president has asked that we send him, maybe one of the places we should dispatch him to is to revisit the way art is funded".
Read more
Friday

This year’s Dance Umbrella is the most challenging yet, led by the exuberance of youth.
Read more
National

Choreographer Gregory Maqoma believes ­technique follows the heart and a will to learn.
Read more
Friday