At your mother’s place 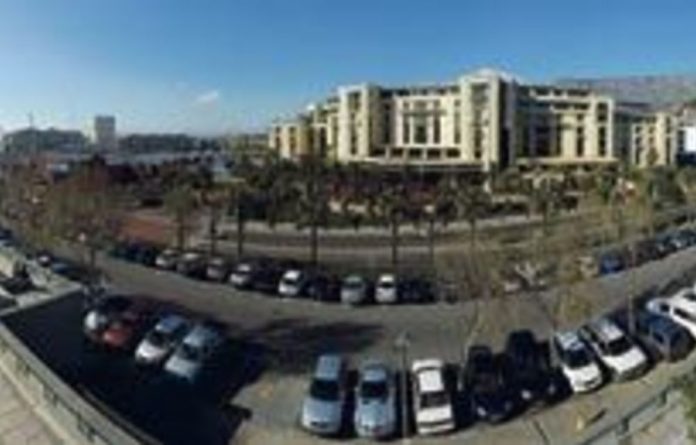 If the Mother City were a woman, she’d be a fur-and-pearls dame with world-class style, but also one who likes to get down and dirty too. The same goes for her hosting abilities — depending on how you feel and, of course, how deep your pockets go. We tried three accommodation options in the city centre.

The pearls-and-furs mother
Price: Rooms start at R7 000 a night and go up to R55 000 for the two-bedroom presidential suite

The One&Only hotel (Dock Road, Victoria & Alfred Waterfront, Cape Town) is so luxurious it’s ridiculous.
Sol Kerzner’s resort-feel chain whisks you away into an almost Pleasantville reality — from the intensely helpful staff to the mounds of designer food everywhere and the special scent.
The older five-star rival in town may have “Mount Nelson pink” as its signature colour, but the One&Only Cape Town boasts a tailor-made perfume: a surprisingly non-cloying combination of pepper and grapefruit that drifts out of elevators and into suites and bathrooms throughout the 131-room hotel.
The major food drawcards here are the famed Michelin-starred Maze and Nobu restaurants — the only ones in Africa. Arguably you get the most sophisticated B&B spread at Gordon Ramsay’s Maze as part of your ticket price.
But if you can further dent your pocket, Nobu’s Japanese-inspired eight-course taste experience is the dinner you’ll talk about long after your stomach has regained its elasticity. The Alaskan black cod in miso sauce, the dish that first made Nobu famous, was my absolute favourite.
We stayed in lavish style in an entry-level Marina King room with a balcony overlooking Cape Town’s popular waterfront and the hotel’s faux island and pool. The rooms are opulent with dark wood, gigantic beds and deep, old-fashioned baths. There is even a pillow menu should you be fussy about laying down your head.
Thanks to Fifa’s accommodation partner Match’s spectacular mess-up, the hotel has released rooms from R2999 a night for South African residents until September 30 — provided you book by June 10.
If the rooms are out of your league, the management is eager to get locals in to enjoy its other facilities. There’s daily live jazz, past, present and future cocktails at the Vista Bar and an amazingly tech-savvy kids centre where the little ones will be babysat — while you attempt the future Bloody Mary, featuring biltong-infused vodka.
Or you can try out the island spa with its exclusive treatments, such as Bastien Gonzalez’s intense pedicure for R880.

The soccer mom
Price: Rooms start at R875 a night and go up to R2 450, depending on the season and room

We loved the Grand Daddy hotel smack-bang in Cape Town’s famous Long Street. You couldn’t be deeper in the city if you tried.
The hotel, which has a boutique version up the road, is known for its quirky rooftop trailer park. Each of the seven Airstream trailers were individually designed by handpicked South Africans. Management tells us it’s more “trailer park flash than trailer park trash”.
We stayed in the normal rooms, which feature neutral colours, a subtle “South African cities” motif and comfortable facilities.
At these prices this four-star hotel is good value for money. It’s in a vibey spot, though, and there’s not much peace and quiet, if that’s what you’re after. People party till late in the surrounding clubs and you’re likely to hear them.
The in-house bar and events room is gorgeously decorated, as is de rigueur in all the chain’s manifestations.
Look out for their coming mega-project: the Old Mac Daddy trailer park in the rural Elgin valley.
Our favourite bits were the Dorothy-themed trailer, complete with sparkly red shoes, as well as the antique lift from the original 1895 building, then known as Hotel Metropole.

Jou ma se Kaap
Price: Rooms start at R100 a night and go up to R410 depending on the room. Adjust up slightly during the World Cup

Be careful when you book at backpackers in the city. It’s a popular way to stay so make sure all is confirmed or you’ll be left homeless as we were after Big Blue backpackers mangled our booking.
The surly receptionist at Sunflower Backpackers in Green Point wasn’t very helpful either, but thankfully Afrique du Sud in Sea Point (5a St Johns Road) took us in and single-handedly redeemed the town’s cheap-chic reputation.
The price is chump change for a lot of tourists, no doubt, and offers decent facilities and incredible value. Our private double room was just R330 and opened on to a balcony featuring your standard spectacular Cape Town sunset over the sea.
It’s a five-minute and R5 minibus taxi ride to the stadium and, best of all, it’s in the heart of teeming, salty and delightfully gritty Sea Point.
The suburb has loads of the beauty of Cape Town, with its impressive promenade, but less of its pretentiousness. Bunking in a dorm room will cost you R100, but you can get your own room for R260 or share with someone and have your own bathroom for R330 to R410.
So, however you like your Mother City, there’s an accommodation option to suit you. But really it’s probably just a place to leave your bags — with so much to see and do in Cape Town, you’re not going to be doing much sleeping.