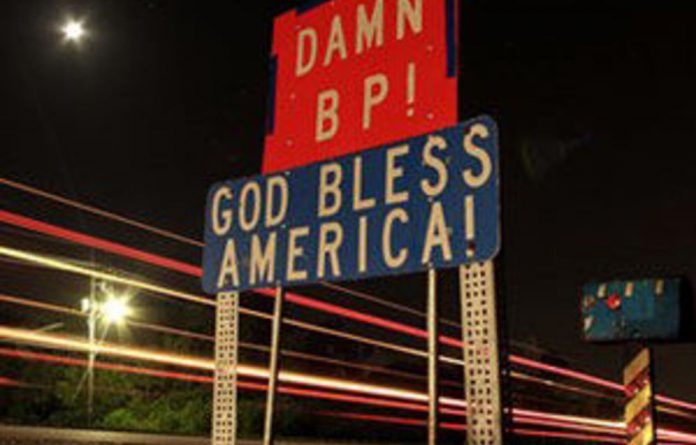 Anger, skepticism and accusations of lying washed over energy giant BP on Friday as it desperately pursued efforts to contain a month-old seabed well leak billowing crude oil into the Gulf of Mexico.

US lawmakers and scientists have accused BP of trying to conceal what many believe is already the worst US oil spill to date, eclipsing the 1989 Exxon Valdez accident in Alaska. It represents a potentially environmental and economic catastrophe for the US Gulf coast.

The London-based energy giant, facing growing federal government and public frustration and allegations of a cover-up, said its engineers were working with US government scientists to determine the real size of the leak, even as they fought to control the still-gushing spill with uncertain solutions.

President Barack Obama’s administration was keeping up the pressure on BP to do everything possible to stop the leak.

“We are facing a disaster, the magnitude of which we likely have never seen before, in terms of a blowout in the Gulf of Mexico,” White House spokesperson Robert Gibbs told reporters. “And we’re doing everything humanly possible and technologically possible to deal with that.”

BP’s next planned step was to try a “top kill” — pumping heavy fluids and then cement into the gushing well to try to plug it. That move could come late on Sunday.

Adding to the confusion, BP revised downward on Friday an estimate from Thursday that one of its containment solutions — a 1,6km-long siphon tube inserted into the larger of two seabed leaks — was capturing 5 000 barrels (795 000 litres) of oil per day.

A BP spokesperson said the amount of crude oil it sucked from the leak fell to 2 200 barrels (350 000 litres) a day in the 24-hour period ended at midnight on Thursday.

Many scientists dismiss an original 5 000 bpd estimate of the total leaking oil — often defended by BP executives — as ridiculously low and say it could be as high as 70 000 barrels (11-million litres) per day or more.

BP denied any coverup and said some third-party estimates of the leak were inaccurate. The company’s shares fell more than 4% in London.

“It would not have been possible for them to handle this worse. They are not taking sufficient responsibility for what happened. They’ve played a game of ‘hot potato’ with the other companies involved,” he said, referring to BP’s public trading of blame with its partners in the drilling of the well.

A month after the well blowout and rig explosion that unleashed the catastrophic spill, sheets of rust-coloured heavy oil are starting to clog fragile marshlands on the fringes of the Mississippi Delta, damaging fishing grounds and wildlife.

Scientists fear that parts of the huge fragmented surface slick will be sucked to the Florida Keys and Cuba by ocean currents.

At a briefing in Mobile, Alabama, coast guard incident commander Captain Steven Poulin said an overflight on Thursday of the oil slick showed that while “minor portions of sheen” were in the Loop Current there was “really no trail or elephant trunk” of oil extending down into the moving current flow.

Markey said it was clear BP was only siphoning off “just a small fraction”.

“BP has mismanaged this entire incident from day one. They should not be trusted,” he said

BP spokesperson say the original leak estimate came from the US National Oceanic and Atmospheric Administration, one of its federal partners in the joint spill response.

“It’s obvious they are trying to limit information to protect their economic liability,” said Markey, chairperson of the Select Committee on Energy Independence and Global Warming.

In a sign of the Obama administration’s mounting anger and frustration, senior US official have demanded BP share more data on the spill with them, accusing the company of falling short in keeping the government and public informed.

Killing marine life
BP said it was working with a newly created “flow rate technical team” to try to specify the exact amount of oil escaping.

Suttles said BP had spent almost $700-million on the spill response and had “thrown absolutely everything” at the job. “I think the best case scenario is actually either late Sunday or early Monday as this top kill procedure works and the flow stops,” he said. “I think worst case is it takes us until the relief well gets down which is probably early August.”

BP is drilling a relief well to try to plug the leak.

On the Louisiana coast, fishermen counted the cost to their livelihoods. “This is going to keep killing stuff and it will make whole areas incapable of supporting marine life,” said George Barisich, president of the United Commercial Fishermen’s Association.

BP has promised to pay legitimate damages claims and faces billions of dollars in expected clean-up and damages costs.

The worst spill in North America came from a 1979 blowout that spewed up to three million barrels into Mexico’s Campeche Bay. – Reuters