Edging closer to an Aids vaccine 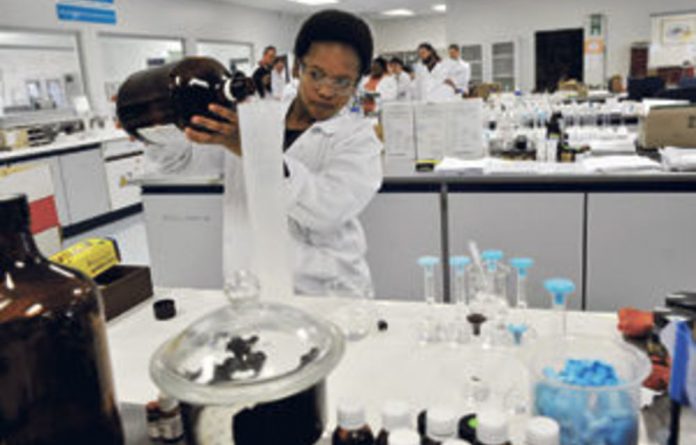 The search for an Aids vaccine must continue be cause attempts to change people’s sexual behaviour will not be enough to end the pandemic, immunologists say.

But funding for vaccine research has tapered off in recent years because of the global recession and pessimism about the possibility of finding a vaccine that works.

We cannot afford to lose hope or enthusiasm. We don’t have an alternative. We’ve only been at this for 20 years. It took 46 years to develop a polio vaccine, so we still need to keep going.”

In 2008 global funding for Aids vaccine research declined for the first time since 2000, falling by 10% from the previous year. The South African Aids Vaccine Initiative (Saavi) lost its funding from the department of science and technology in 2008 and from private donors such as Eskom the year before.

The department came under fire for cutting spending on the homegrown vaccine Saavi 102/HVTN 073. At the time, it said: ‘In light of the growing international and national deliberations on the need for a modification of basic HIV/Aids research and development strategies, it became crucial for South Africa to also revisit its own expectations of HIV vaccine research.”

The department shifted its focus on funding to the South African HIV/Aids Research and Innovation Platform (Sharp), which researches HIV prevention and treatment that includes antiretrovirals, microbicides and both preventative and therapeutic vaccines.

Things changed dramatically in September last year when the results of a large-scale vaccine trial conducted in Thailand were released. The vaccine, RV144, was found to have a 30% efficacy and proved for the first time that a vaccine could protect human beings against HIV. The results reinvigorated the field.

Last month officials of leading HIV vaccine programmes met in Johannesburg to consult the World Health Organisation and UNAids about how to build on the Thai trial.

Dr Alan Bernstein, executive director of the Global HIV Vaccine Enterprise, who addressed the group, said consensus is growing that a followup study must be done in Thailand but also that a large-scale trial needs to be done in sub-Saharan Africa, where the epidemic is at its worst.

‘There clearly needs to be a trial done in South Africa, for two reasons. This is the best infrastructure for scientific and clinical trials and South Africa has one of the highest prevalences of Aids,” he said.

In addition, Bernstein said, advances in biomedical technology, such as robotics, rapid DNA sequencing, rapid screening methodologies and improved computational power, which were not available during the Thai trial, could further accelerate progress on vaccine research.

In an apparent change of heart the department’s director general, Dr Phil Mjwara, told the Mail & Guardian that the government cannot afford to ignore trends in Aids vaccine research.

‘A year ago many people had the view that this may not be an avenue worth pursuing,” he said, adding that following the Thai trial, the department has adopted a ‘cautionary but positive approach” towards the search for a vaccine.

Mjwara said his department will meet the health department in June to discuss the way forward for vaccine research and will approach the treasury to make additional funds available for this research.

Academics say local funding for research is desperately needed. Funding for all Aids research in South Africa is estimated to be well over R700-million — but very little of this has come from the government.

According to professor Salim Abdool Karim, director of the Centre for the Aids Programme of Research in South Africa, only 5% of Aids research funding comes from the government’s three major funding sources — the Medical Research Council, Saavi and Sharp. Vaccine researchers say it is not just funding that they want — they need support as well.

International funders are reluctant to support research that is not backed by local government and industry, said professor Glenda Gray, director of the Perinatal HIV Research Unit at Wits and lead investigator on the Saavi trial.

Her colleague, professor Anna- Lise Williamson, who led the vaccine development team, said: ‘Vaccine research needs champions. We need people who understand the value of vaccines. It’s a high-risk project but the payoffs could be huge.”