Time for Thailand to embrace democracy 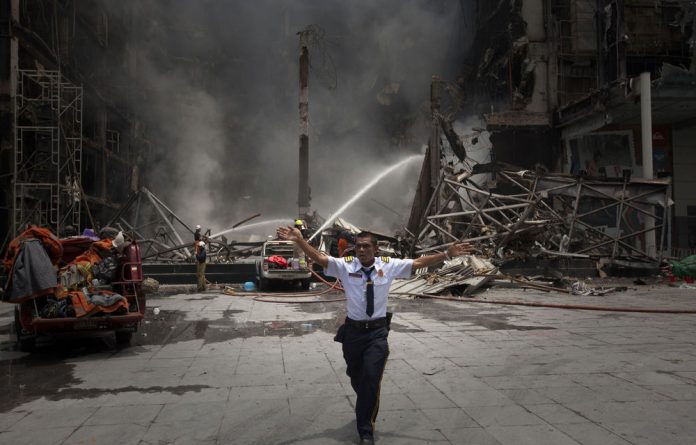 Thailand’s current crisis is many things. In part it is a class war involving impoverished farmers of the north and east who fear the loss of their land to corporate logging and agribusiness.

In part it is a struggle between two types of politics: on one hand, the old inward-looking, army-based and royalist elite and its padded bureaucracy that has faced no challenges for decades; on the other, the globalising capitalism of a tycoon like Thaksin Shinawatra who used his television stations to mobilise a mass following.

Thailand is not a country of ostentatious inequalities with urban slums on the scale of Indonesia or India. The wealth gap is largely hidden because it is geographically determined. In spite of some emigration, more than two-thirds of Thais still live in the countryside, and close to half are classified as poor. In the cities, the new middle class has not proved to be the great driver of democracy that many pundits predicted. Most of its members tend to support the government’s efforts to quell reform, including the latest street protests.

The first requirement now is for the government to accept the red- shirts’ call for talks. It is true that its tentative agreement to hold early elections in November broke down because hotheads in the protest movement refused to withdraw their barricades. But Prime Minister Abhisit Vejjajiva should not then have rescinded his concession and sent in the army. His behaviour suggests the army is still the dominant power. He has failed to fulfil earlier promises to rein in security force abuses in the largely Muslim south.

Behind the army is the royal palace. The king has endorsed every military coup throughout his 60-year reign. Few Thais dare say this because of the ferocious laws on lese-majesty (an affront to the dignity of a ruler) that have seen blog sites closed and naysayers arrested. The time has surely come when Thailand needs to become a parliamentary democracy.

Kasit Piromya, the foreign minister, has been telling foreign diplomats not to interfere in the crisis but, paradoxically, it was he who recently articulated what many Thais have been saying privately for months.

In a speech at Johns Hopkins University in Baltimore in April, he said: “The positive sign of Thai political development is the ordinary people — participating in the political process, as opposed to Thailand 15 years or 20 years ago.” He went on: “Hopefully, with the traumatic violent experiences that we will come through, we can have a democracy that combines representative democracy with a direct democratic participation.”

Then came the bombshell: “I think we should be brave enough to go through all of this and to talk about even the taboo subject of the institution of the monarchy — Let’s have a discussion: what type of democratic society would we like to be?”

Who and what are behind the confrontation?

What are the origins of this confrontation?
Put simply, Thailand’s rural poor are protesting for the right to have a greater say in the government. The move is being resisted by the Bangkok elite – the wealthiest families, the military, the bureaucrats — who have controlled Thailand’s affairs for generations.

The issue is complicated by the influence of people such as the former prime minister Thaksin Shinawatra.

Who are the redshirts?
The redshirts are drawn largely from Thailand’s rural poor, mainly from the north and north east of the country. They are the electoral majority. Many are still supporters of the fugitive Thaksin. Although their movement grew out of a loyalty to him, it has become broader than him, with its leaders claiming their campaign is about bringing a more representative democracy to Thailand.

The movement has now begun to draw in students and Bangkok’s burgeoning elite.

They regard the current government as illegitimate because it never won an election and was brought to power by a parliamentary election — engineered by the military — after the redshirts’ party was dissolved for electoral fraud and kicked out of Parliament.

Who is pulling the strings?
The redshirts are an informal movement, with no real leadership structure or chain of command. Their leaders include:
Weng Tojirakarn: a medical doctor and former member of the communist party, he is one of the most eloquent of the redshirt leaders.

Arisman Pongruangrong: a 1980s pop star-cum-political activist, he famously avoided arrest during these protests by escaping from a hotel, climbing out the window and down a rope ladder.

Seh Daeng: a renegade army major general, also known as Khattiya Sawasdipol, who headed the redshirts’ paramilitary arm, the black-clad “guards”. Accused by the government of ordering grenade attacks all over Bangkok, he was shot by a sniper and is in a coma in hospital.

Who are the yellowshirts?
The yellowshirts, or the People’s Alliance for Democracy, are the reds’ opposition. They represent the ruling class in Bangkok, known as the amataya.
They wear yellow because they claim also to represent the interests of the monarchy (yellow being the Thai king’s colour). They have not become significantly involved in this standoff.

What are the chances of a compromise solution?
At the beginning of this week, the chances looked good — the government had offered the redshirts an early election in November and the reds had said they agreed “in principle” to the “reconciliation roadmap” offered by the prime minister. But negotiations foundered over demands from the reds that Thailand’s deputy prime minister be arrested for ordering troops to move on protesters on April 10, when 25 people were killed.

The government then withdrew the offer and sent troops in to surround the protesters, cutting off their supplies of food, water, electricity and fuel. Violence broke out again.

Does Thailand have a history of political violence and uncertainty?
Most definitely. The current Thai king, who is 83, has sat on the throne for 63 years, during which time he has witnessed more than 15 coups, 16 constitutions and 27 changes of prime minister. Although the current bloodshed is the worst in two decades, it is not unprecedented. —