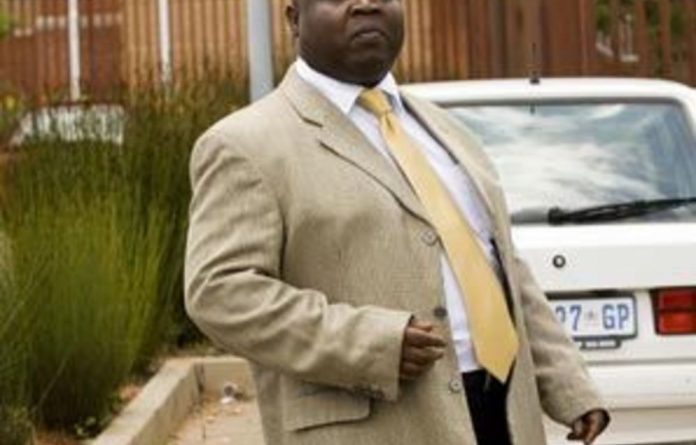 Former crime intelligence boss Mulangi Mphego is fingered as the main culprit in leaking the top-secret recordings that scuttled President Jacob Zuma’s corruption trial, according to information obtained by the Mail & Guardian.

Two independent sources say Mphego is the spy who provided the classified material to Zuma. It included conversations between Leonard McCarthy, the former Scorpions boss, and Bulelani Ngcuka, the former national director of public prosecutions.

The recordings were leaked to Zuma’s attorney, Michael Hulley, and provided the basis for Hulley’s representations to the National Prosecuting Authority (NPA) that the Zuma investigation had been tainted.

The conversations, which suggested inappropriate attempts to manipulate the conduct of the case, led to the dramatic announcement in April last year that charges would be dropped.

The M&G‘s sources spoke on condition of anonymity, but they were in a position to know about Mphego’s movements and neither Mphego nor Hulley has denied the allegations.

In a response to questions, Mphego’s lawyers said: “Our client, Commissioner Mphego, has retired from state service and cannot comment on any issue that relates to his tenure whilst he was at state service.

“We would, however, want to categorically state that, during his tenure and in pursuance of his responsibilities, the commissioner met different people, including Mr Zuma.

“The commissioner has never met or spoken to Mr Hulley.”

Hulley also denied ever communicating “directly or indirectly” with Mphego, but the scenario sketched by the M&G’s sources indicates Mphego dealt directly with Zuma, and Hulley received the recordings from a person, or persons, whom he may not have known.

Zuma did not respond to any questions.

As head of operations at police crime intelligence, Mphego authorised the bugging of McCarthy and others.

The M&G has previously reported allegations that NIA deputy head Arthur Fraser leaked the recordings to Zuma’s lawyers. It now seems clear that the process was more complex and that the paper’s sources were unaware of Mphego’s crucial role in initiating the leak.

The NIA subsequently provided duplicates of the recordings to the NPA that enabled it to authenticate those provided by Hulley.

The M&G‘s two sources say Mphego first showed Zuma the recordings at a friend’s home in KwaZulu-Natal before arranging to have them handed over to his lawyer. This was at the time Zuma was preparing to appeal his corruption case at the Constitutional Court.

The M&G was told that Mphego flew to KwaZulu-Natal and played some of the recordings to Zuma at a house apparently occupied by a long-time Zuma associate, Erwin Ullbricht. The recordings are encrypted and, to be played, require highly sophisticated and restricted software, which Mphego provided.

It is understood that a car was arranged to pick up Mphego at the airport and he flew back to Johannesburg on the same day.

Ullbricht likes to refer to himself as Zuma’s adopted son and signed the lease to rent a house in Durban for one of Zuma’s wives, MaNtuli.

When the M&G asked Ullbricht about the events, he said he lived in Johannesburg. When asked whether he had any properties in Durban, he said: “Don’t you guys have anything better to do? You are really being petty.”

Ten minutes later he called back and denied that he was the person we spoke to, although he was calling from the same number. He introduced himself as “the real Erwin Ullbricht” and said the matter in question was highly delicate, but added “I do not know what you are talking about”.

He later sent an SMS saying: “Madam, you are causing war which is not actually called for. Think about that —”

The M&G‘s sources say Mphego made arrangements to drop the recordings and software with Hulley during the meeting with Zuma and the M&G understands that this was done at Hulley’s office a few days later, although Mphego was not present.

Mphego’s criminal case was struck off the roll last week by magistrate Fatima Khan. It was being pursued by Gerrie Nel, the former Gauteng boss of the Scorpions.

Mphego was accused of defeating the ends of justice for allegedly obtaining an affidavit from drug dealer Glenn Agliotti in support of former police boss Jackie Selebi. But after Nel’s prosecution team was removed from the case, it was struck from the roll because the NPA was not ready to proceed.

Meanwhile, a third source who has senior-level insight into police intelligence said it was Mphego who controlled access to the decryption keys on the recordings that would make them accessible.

The code used to protect the files is an extremely sophisticated encryption key that could be accessed only with Mphego’s authorisation.

Another former senior colleague said: “That chap has always been the dark horse behind Zuma.”

The leaking of the recordings was investigated by the inspector general of intelligence, Zolile Ngcakani, who delivered a report to the joint standing committee on intelligence in December last year, shortly before his retirement.

The report is still being considered by the committee behind closed doors, but media reports suggested it pointed fingers at the police without being able to blame a single individual.

The timing of the leaked tapes was central to Zuma’s efforts to win last year’s elections, which were held 16 days after the charges against him were dropped.

At the time the charges were dropped, then-acting national director of public prosecutions, Mokotedi Mpshe, said the decision was not based on the actual merits of the case, but an abuse of process by McCarthy. At a press briefing, Mpshe quoted from phone recordings between Ngcuka and McCarthy, discussing the timing of re-charging Zuma.

The conversations took place shortly before the ANC’s Polokwane conference in December 2007, where Zuma was elected the new leader of the party.

During references to high-profile people, Ngcuka and McCarthy used code names such as “Ouboet” for Selebi, “Oujan” for Zuma, and “No1”, “the fellow” and “the man”, when allegedly referring to former president Thabo Mbeki.

But the most damning transcript is of an SMS conversation between McCarthy and a private intelligence member, known only as Luciano, on a “political solution” to the Zuma case.

In another development, the M&G has also learned that one of the last acts of Tim Williams as the acting police commissioner was to hand over copies of the recordings, including the ones that Zuma had, to Selebi.

Selebi’s lawyers made an application to Williams to declassify the information used in the corruption trial, but the recordings were never used in evidence.

The M&G Centre for Investigative Journalism, supported by M&G Media and the Open Society Foundation for South Africa, produced this story. www.amabhungane.co.za