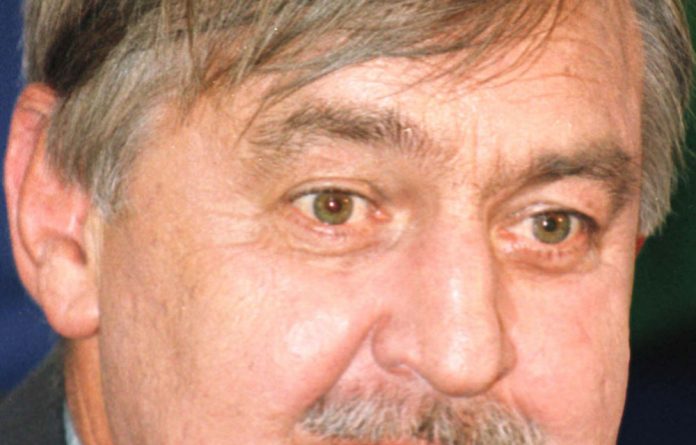 “I doubt it very much,” he said. “I doubt whether such an offer was ever made. I think I would have known about it.”

He was reacting to a report published by Britain’s Guardian newspaper on Monday.

It quoted minutes from a series of top secret meetings in 1975 in which Israeli president Shimon Peres, who was then defence minister, allegedly offered his then South African counterpart PW Botha nuclear warheads “in three different sizes”.

The Guardian said the documents provided evidence that Israel has nuclear weapons despite its policy of “ambiguity” in neither confirming nor denying their existence.

Botha said that at the time he was ambassador to the United States and the United Nations (UN), so he could not have been involved in such meetings.

But as minister of foreign affairs from April 1977, and, towards the end of his term, as negotiator with the United States on the signing of the nuclear non-proliferation treaty, he had known “what was going on”.

“I was very closely connected with our Atomic Energy Board and later Corporation. I would have known about it,” he said.

He had also known Peres and other senior Israeli leaders.

It was of course possible that an offer was made at a low level, between officials.

But for it to have any significance, it should have been brought to the attention of the South African ministers connected with the country’s own weapon production.

“As a serious offer of one government to another, my answer is no. Definitely not,” Botha said.

Agence France Presse reported earlier that the allegation in The Guardian prompted a strongly worded response from Peres’ office.

“There exists no basis in reality for the claims published this morning by The Guardian that in 1975 Israel negotiated with South Africa the exchange of nuclear weapons,” it said.

“Israel has never negotiated the exchange of nuclear weapons with South Africa. There exists no Israeli document or Israeli signature on a document that such negotiations took place,” it said.

The Guardian had written the piece based on “selective interpretation of South African documents and not on concrete facts”, it added.

The South African documents, which are dated March 31, 1975 and marked “top secret,” show Peres’ offer was made in response to Botha’s request for Israel to supply them with warheads.

But they make no mention of any “exchange” between the parties.

At the time, South Africa had not yet acquired nuclear capabilities and would not do so for several years.

At the talks, Israeli officials “formally offered to sell South Africa some of the nuclear-capable Jericho missiles in its arsenal”, the memo said.

It also said Peres and Botha signed an agreement about military ties between the two countries, including a clause which said “the very existence of this agreement” was to remain secret.

The material was discovered by US academic Sasha Polakow-Suransky while researching a book on the close relationship between the two allies.

According to the Guardian, Israel tried to stop Pretoria from declassifying the documents in response to a request from Polakow-Suransky, whose book “The Unspoken Alliance: Israel’s secret alliance with apartheid South Africa”, is published in the United States this week.

Israel is widely believed to be the only nuclear power in the Middle East, with around 200 warheads, but has maintained a policy of deliberate ambiguity about its capabilities since the mid-60s.

In September 1979, Israel and South Africa allegedly carried out a secret nuclear test on an offshore platform in the southern Indian Ocean.

The revelation came to light in another declassified document which was released in Washington in 2006 at the request of the security studies centre at Georgetown University.

The document, which was prepared for the White House, said Israel and South Africa, which was then under apartheid rule, were co-operating on military issues, including nuclear research.