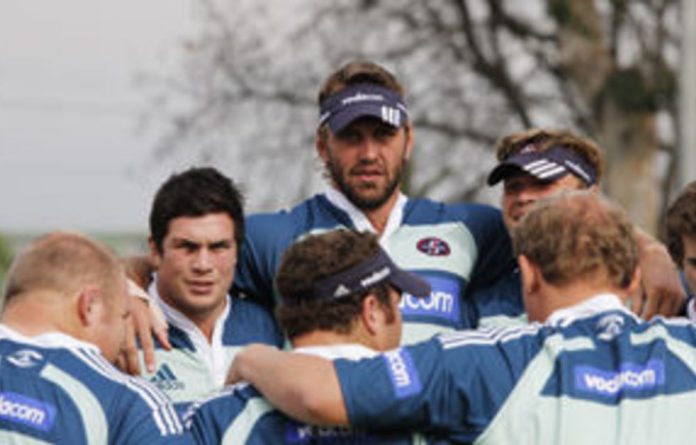 Statistics and experience per se don’t win finals. This is something the Bulls are — or should — be very much aware of as the Super 14 final on Saturday draws closer with the home side 1-2 favourites to win at Soweto’s Orlando Stadium.

With 13 players who have experience of finals — and winning finals at that — and no less than six players in their starting line-up who were also part of the 2007 World Cup winning squad, plus a great 2010 record in the competition, the odds for the Bulls to win are self-explanatory.

The experience in itself could be a negative that leads to over-confidence with nine Bulls playing in their third final: Wynand Olivier, Morné Steyn, Fourie du Preez, Pedrie Wannenburg, Victor Matfield, Danie Rossouw, Derick Kuün, Gurthrö Steenkamp and Pierre Spies.

Only Francois Hougaard and Gerhard van den Heever have not played in a Super 14 final.

Of the Stormers only Bryan Habana (last year for the Bulls) has experience of a Super 14 final and victory, while Habana, Jaque Fourie and Schalk Burger are the only three players from the Cape side who have been involved in a high-level final — as 2007 World Cup winners.

The Bulls have 12 players with Test caps in their side. Only prop Werner Kruger, flank Deon Stegmann and Gerhard van den Heever have not played Test rugby.

On the Stormers’ side, Habana, Fourie, Peter Grant, Andries Bekker and Schalk Burger have Test experience, although Juan de Jongh and Tiaan Liebenberg have also played for the Springboks.

The Stormers are however determined to grab this chance. Coach Allister Coetzee has emphasised that they are well-prepared and playing with their best side. And his captain Schalk Burger has indicated that the Stormers “want to pitch for the final.”

The real warning for the Bulls’ possible overconfidence comes from Burger’s parallel with the World Cup. After easily beating England in the pool stages, the Boks had to pull out all the stops in the final against the same opponents.

The Bulls have lost only one match of the last six between the two sides.

That was two weeks ago when the Stormers won 38-10 at Newlands when the Bulls — already assured of a home semifinal — fielded a side that did not have a single member of the XV that will start Saturday’s game. — Sapa