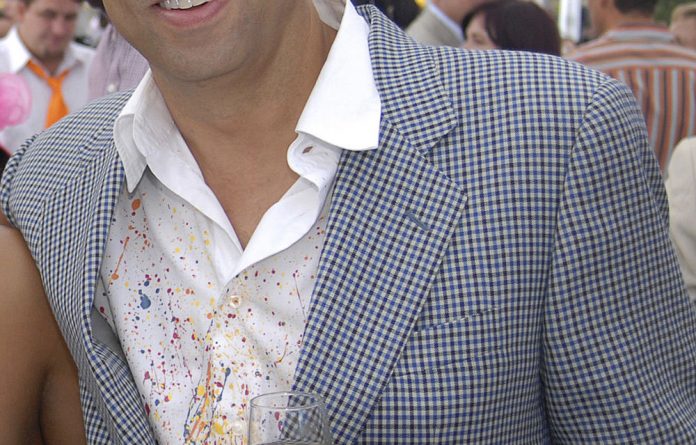 Controversial businessman Paul Ekon has emerged as a collaborator with Aurora Empowerment Systems, the embattled mining firm whose board members include Jacob Zuma’s nephew Khulubuse and his lawyer Michael Hulley.

Sources at Aurora say that Hulley is particularly close to Ekon and has been at the forefront of negotiations over taking an interest in New Africa Mining (NAM), the Ekon-linked company that controls several Northern Cape diamond prospects.

A well-placed source also confirmed that Ekon had acted as an “adviser” to Aurora in trying to rescue its bid to buy the mining assets of the liquidated Pamodzi Gold group after Aurora’s Malaysian backers pulled out of the deal.

And several sources have claimed that assets belonging to the ex-Pamodzi Orkney gold mine have been stripped and transported to New Africa mines around Kimberley.

The Orkney mine is under provisional liquidation, but is being run by Aurora.

NAM, registered in Switzerland, controls the Simolotse and Schmidtsdrift diamond mines in the Northern Cape as well as the dumps of several old Kimberley mines. Ekon describes himself as an “investor” in NAM.

It is alleged that equipment, including a bulldozer, tipper trucks, piping and winders, were removed from Orkney and transferred to Kimberley and that items were sold at a fraction of their value. One source said that gearboxes from Orkney’s number 2 shaft “worth millions” were sold for R3 500.

Mine sources said the key players in this were Tony Chammas, who claimed to be acting on behalf of Aurora, and Fernando Garcao, a NAM manager.

The Mail & Guardian recently revealed Chammas’s role in the collapse of a multimillion-rand flower export business funded by the Development Bank of Southern Africa.

Garcao is a former Angola diamond miner who emigrated to South Africa in 1985, becoming involved in small-scale Northern Cape diamond operations and later as a contractor in the controversial Soul City low-cost housing project outside Kimberley.

In 2007 Carte Blanche reported that Garcao and business partner Tyron Ruiters appeared to have benefited from their relationships with political decision-makers in the Northern Cape.

Hulley declined to answer questions about his relationship with Ekon, NAM and the transfer of assets to Kimberley. “I fail to see the relevance of the questions — Whilst the public interest might be a matter which speaks to your newspaper’s circulation figures, this can hardly be proper cause for me to compromise my professional and personal relationships.”

Lead Pamodzi Gold liquidator Enver Motala claimed that items from Orkney’s shaft 2 were sold to “scrap dealers” with the liquidators’ consent and recorded in a “scrap book”. “The assets were sold and the money was accounted for. There was nothing untoward, from the investigation we did. You don’t need quotes for scrap — Aurora has scrap dealers who they deal with normally.”

But other sources close to the joint liquidators, who represent different creditors, say they know nothing of this.

Motala claimed that no bulldozer or other machinery was sent to Kimberley. He said there was a bulldozer that former Aurora adviser Solly Bhana had brought in but this was not a Pamodzi asset. “When it turned out they didn’t need it at [the] East Rand [mine], Bhana took it away.”

South African-born Ekon describes himself as “an international investor and venture capitalist currently living in the United Kingdom” and boasts that he “is a personal friend of South African President Jacob Zuma and the two of them meet regularly when President Zuma is in London”.

He left South Africa in the mid-1990s, he says, to rescue an IT company he had invested in. But the move coincided with M&G revelations that he was being investigated for links to a gold-smuggling syndicate.

No case was ever proved against him and in 2007 he emerged as Zuma’s host for a high-profile trip to the UK to introduce the presidential candidate to UK investors and decision-makers.

Ekon (51) met Zuma through his father, Dmitri, the estate agent who sold Zuma his first flat when he returned to South Africa from exile in the 1990s.

He rose to public attention when former ANC MP Bantu Holomisa alleged that hotel magnate Sol Kerzner had paid for Thabo Mbeki’s 50th birthday party in 1992. Ekon claimed he paid for the party, which was hosted at his Houghton home.

The M&G Centre for Investigative Journalism,