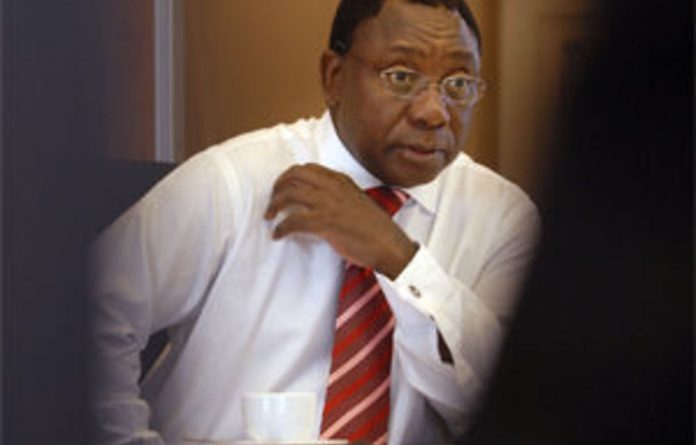 In a back-to-the-future move, Cyril Ramaphosa’s name has been in the headlines again in connection with a black economic empowerment deal.

And it’s one that reverses a broad-based deal. Shanduka Resources, a subsidiary of Ramaphosa’s Shanduka Group (Pty) Ltd, is buying out tens of thousands of ‘distressed” shareholders who own stakes in platinum empowerment company Incwala in a R2.6-billion deal.

Shanduka will get a majority stake in Incwala Resources (Pty) Ltd, which owns 18% of Lonplats, which comprises Lonmin’s Eastern and Western Platinum, and 26% of platinum operation Akanani, the rest of which is also owned by Lonmin.

How does Ramaphosa get away with it? If this were Saki Macazoma or Patrice Motsepe there would be stories and editorials expressing reservations about the deal, if not outright condemnation. Part of the answer is reputation.

Ramaphosa has been in the news for other reasons. Trevor Manuel, minister in the presidency, has recently appointed him deputy chairperson of the National Planning Commission, a potential means of getting coherence in government.

He has created initiatives to support small black business, including most recently launching a ‘Black Pages” directory of small businesses. And politically he has remained ANC without being too closely identified with the Zuma faction, despite being named as a conspirator against Thabo Mbeki.

London-listed Lonmin plc gets a simplified structure and a single empowerment partner and, as Shanduka Resources managing director Rowan Smith points out, the many black shareholders in Incwala whom Shanduka is buying out will get a cheque from Shanduka after five years rather than being locked in for 10 and perhaps getting nothing.

This includes the employee share trust, the creation of which was criticised by the National Union of Mineworkers when the first empowerment deal was put together because workers were getting a stake encumbered by debt instead of free shares.

The fate of broad-based shareholders in other deals has been to be bought out for very little by the lead empowerment partners, metamorphosing a broad-based deal into a very narrow one indeed.

Smith also says that Lonmin has indicated that it will include broadbased and women’s groupings in the other BEE deals it will have to undertake to meet the requirements of the Mining Charter, the agreement between government and the industry on empowerment targets.

Shanduka has a socially responsible profile and at least some ownership by a women’s empowerment grouping. Not only has Ramaphosa, whose title is executive chairman, launched high-profile initiatives, he also established the Shanduka Foundation in 2004, which focuses on education and developing black business skills.

The Incwala deal resembles many BEE deals in that the BEE beneficiary or beneficiaries make a down payment for the shares that are bought with vendor finance. Shanduka is contributing around R300-million of its own money.

In return, it gets a loan from the Lonplats parent company, Lonmin. The loan to Shanduka is worth around R2.3-billion, or £206-million, and attracts interest of 5% a year.

Smith says the loan arrangement guarantees a fair return for Lonmin, and is the most cost-eff ective form of funding for Shanduka. It is also more flexible.

The security for the loan is the Incwala stake itself. Going to the banks would have been more expensive and their security terms more onerous. All of the Lonmin funding needs to be paid back within five years.

The loan is in sterling, and Lonmin expects a 5% a year return, after accounting for inflation. Shanduka has a number of options for paying back the loan. These include using dividend flows to repay part of it, going to the credit markets for more money, dipping into Shanduka’s own portfolio of assets or selling down the stake after exchanging it for shares at the parent company level.

The last option is the one BEE firms usually choose, and Shanduka could end up with an unencumbered and valuable stake in Lonmin, though a much smaller one. The loan could be extended.

Lonmin spokesperson Tanya Chikanza says: ‘As there is no third party involved there is always the possibility of reviewing the terms nearer the time.”

When the deal is done, Shanduka will own fractionally more than 50% of Incwala, though other historically disadvantaged South African shareholders will add a few percentage points to the empowerment shareholding.

Ramaphosa joins Lonmin’s board as a non-executive director, and Shanduka will appoint two non-executives to Lonmin’s South African platinum operations.

Ramaphosa’s record of accomplishment as a business tycoon has not been as inspiring as his political contribution to South Africa, but Shanduka has grown steadily and without attracting controversy. The Incwala deal is another step towards creating a major BEE group.

Incwala is one of the largest primary platinum producers in the world. In Shanduka, Ramaphosa is recreating something like the conglomerates that were relentlessly unbundled after 1994, including Anglo American and its subsidiaries.

Since its establishment in 2000, the investment holding company has moved into resources, financial services, property, energy, beverages and even advertising and manufacturing. It has stakes in coal mining and Coca-Cola bottling, a small stake in Standard Bank and a somewhat larger stake in Alexander Forbes.

Conglomerates are still out of fashion with investors, though there is one remarkable exception, Bidvest, in which Shanduka has a stake. So far, Ramaphosa may have modelled his business on Bidvest, but Lonmin has targeted future platinum ventures with Shanduka, so the company might yet morph into an operational, mainly resources-based firm.