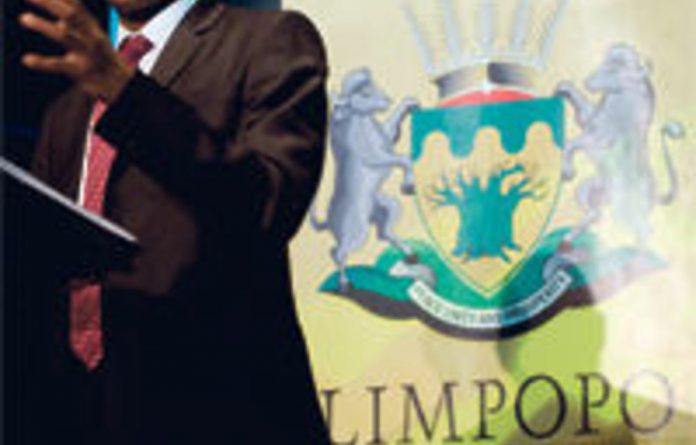 Economic growth is critical to all the provinces, but the success of each province’s growth plan has differed vastly depending on its economic strategy.

Speaking in Johannesburg earlier this month, Pitsi Moloto, Limpopo MEC for economic development, environment and tourism, explained that, although the province’s economic strategy had delivered growth, it had not created many jobs.

Limpopo has strong tourism, agriculture and mining sectors and at times tops the growth rate among the nine provinces. Moloto said that, when the province sat down to review its growth and development strategy, there were several unsettling aspects.

Specifically, the growth rate of the province was high when platinum prices were high and this fuelled higher economic growth. This didn’t, however, deliver the level of job growth the province had envisaged.

So it was necessary to create a growth strategy that ensured that the unemployed were absorbed into the economy.

‘We cannot have growth for the sake of growth,” he said. ‘For too long we have measured growth through narrow measurements such as GDP growth and the level of inflation, but we need to look more broadly [at issues] such as the level of social development.

Moloto said the Chinese government was promoting a strategy of beneficiation at the source, which meant that there were opportunities for the creation of industrial projects in conjunction with mining projects already established in the province.
He said the province’s strategy was to find ways for sustained growth until 2030 and beyond.

‘Although tourism will be a key part of the provincial economy, we need to develop different segments of the economy as well as understand the role of Limpopo in the national, regional and international economy,” he said.

For instance, there were a number of opportunities for entrepreneurs in the province to create industries around produce such as citrus, mangos and macadamia nuts.

Moloto said there would also need to be a significant investment in technology and telecommunications infrastructure to support this vision of growth.

This message was reinforced by Sam Mafadza, the economic adviser to Limpopo premier Cassel Mathale, who said that the job losses experienced by the province as a result of the global economic slowdown had shown the need for a growth plan that prioritised sustainable development.

He said that the province had 3.1-million citizens who could be considered economically active and that two-thirds of these were between the ages of 14 and 34. He added that it was vital that the economy created jobs for the youth, as not doing this would sow the seeds for potential disorder later on.

This desire to create a growth strategy to deliver sustainable development led to the creation of the Limpopo Employment, Growth and Development Plan (LEGDP). It calls for action on six fronts. The first of these is increasing the industrial development of the province.

The plan recommends the creation of an integrated industrial development master plan for the province, focused on the diversification of the industrial base of the province, including a move towards more light manufacturing and engineering activities. It also plans to focus on promoting industries that are more labour intensive to reduce the unemployment rate.

The industries that have been identified include mining and minerals beneficiation, construction and building, agriculture, aerospace, white and durable goods (household appliances), and creative arts .

The plan also calls for the province to help small and medium businesses to form part of the global supply chain, enabling them to export their goods and services in addition to servicing companies operating in Limpopo.

The second part of the growth and development plan is creating the Limpopo mining and minerals beneficiation initiative. This programme aims to enable greater integration between the province’s industries and mining operations.

The province also intends to create a digital map of all the mineral resources in the province so that other initiatives can be focused on where they can provide the greatest benefit.

The third leg of the plan is a focus on developing small and medium businesses. This includes providing the necessary social infrastructure and creating a programme to increase the capacity of local suppliers.

Mafadza pointed out that one of the best ways to deliver sustainable development in Limpopo was to keep as much procurement spend on large projects as possible in the province. This would be driven at a level of both government procurement as well as procurement from private companies.

The fourth component of the plan involves the creation of a regional economic development and integration programme. This will entail focused interventions for the province’s different regions as well as targeting the province’s industries at key international markets.

Mafadza said that this would include accelerating industrial development in underdeveloped areas, thereby improving the balance between the regions.

As part of this programme, the province will establish industrial development zones around the Lephalale area, where the Medupi power station is being built; Musina, where much of the cross-border trade with Zimbabwe is centred; and Burgersfort, the platinum mining area of the province.

In addition to the industrial aspects of the plan, the province wants to create new social infrastructure, including schools, housing and hospitals, bulk infrastructure projects, and electricity and communications infrastructure.

A transport plan incorporating road and rail is also on the cards. Mafadza said the final part of the plan was an emphasis on the green economy and the creation of green jobs.

Even though the Medupi power station will be coal-fired, the province is aiming to fast track investments in renewable energy and make Polokwane a ‘green” city.

The province is also hoping to use its strategic silica deposits to create a manufacturing industry around photo voltaic (PV) cells as well as installing PV generation capacity.