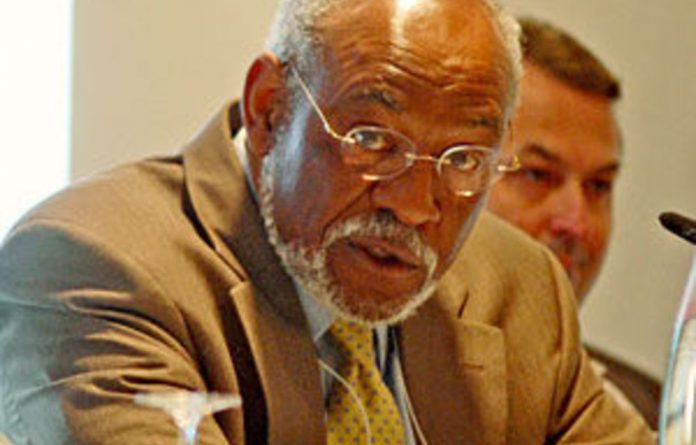 Zimbabwe’s man in Washington, DC, took the opportunity this week, in honour of Africa Day no less, to tell the United States’s top diplomat on African affairs exactly what he thought of him.

“You are talking like a good house slave,” Machivenyika Mapuranga, the Zimbabwean ambassador, shouted at Johnnie Carson, assistant secretary of state for African affairs, according to Josh Rogin, a reporter for the US magazine, Foreign Policy.

On his blog, Rogin detailed the exchange at Washington’s Ritz Carlton Hotel on Tuesday night, where Carson met a roomful of African embassy officials. Mapuranga was reportedly responding to Carson’s criticism of human rights in Zimbabwe.

After his “house slave” comment, the crowd booed as Mapuranga (who, according to a Zimbabwean government website, has a PhD in history from the University of London and has been the ambassador to the US since 2005) continued to rant: “We will never be an American colony. You know that!”

Carson, a soft-spoken career diplomat with a long history in Africa, including a stint as ambassador in Zimbabwe in the 1990s, hit back, saying that “in Zimbabwe, that kind of talk would have been met by a policeman’s stick. We don’t do that here.”

Mapuranga was escorted out, along with his staff, prompting one African diplomat to remark: “In Africa an ambassador is treated like a king. Here he can be humiliated just like anyone else.”

Mapuranga is a staunch supporter of President Robert Mugabe. In 2007, when Mugabe was threatening to expel foreign diplomats and barring Western reporters, he told CNN that the reason the government would not allow CNN or the BBC to report on Zimbabwe was that the channels were “enemy agencies” who “champion the imperialist interests of the British and the Americans”.

Why the geeks will inherit the Earth

In cruise mode: Living the high life on the high seas