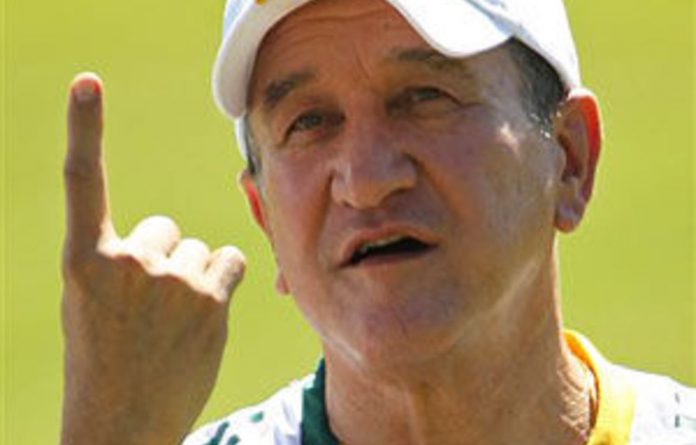 Bafana Bafana head coach Carlos Alberto Parreira said it would be “his most painful duty” when on Tuesday he has to wield the axe on five players surplus to requirements for the Soccer World Cup following Bafana’s penultimate warm-up clash against Guatemala at the Peter Mokaba Stadium on Monday night.

The coach, who will be in charge for a sixth time at the global showpiece — winning the trophy with his native Brazil in the United States in 1994 — admitted it would be a heartbreaking job having to tell five players they will no longer be part of his World Cup plans.

“All 28 players left in the squad deserve to be there, but due to Fifa rules squads can only consist of 23 players.

“Each player has worked hard and shown commitment, especially those who were with me on the three camps in Durban, Brazil and Germany. I really feel for the boys who are going to be dropped.”

No surprises
Bafana fans should not expect any major surprises when Parreira chops the unlucky five on Tuesday morning.

Jali (20) was found to have a minor heart complaint, which Parreira said was not career threatening, while Fransman was brought in as cover and has never featured in Parreira’s plans.

Inexperienced Martizburg United goalkeeper Shu-Aib Walters, who has not played for his country, was a surprise selection after SuperSport United keeper Emile Baron was injured in Brazil and ruled out of the World Cup. Walters is expected to be on his way home, as Parreira only needs three keepers.

Germany-Based Rowen Fernandez has recovered from a knee ligament injury sustained playing in the German second division for his club Arminia Bielefeld and he is set to be the third choice keeper behind Itumeleng Khune of Kaizer Chiefs and Pirates’ Moeneeb Josephs.

Fernandez is a former first-choice national keeper and is a safer option than Walters.

Out of his depth
With two experienced right backs in Greece-based Bryce Moon and Mamelodi Sundowns’ Siboniso Gaxa, 22-year-old Belgium-based Anele Ngcongca might not make the final selection.

Sundowns left back Innocent Mdledle, who has been used sparingly by Parreira in the warm-up matches, also looks to be on his way out.

Parreira will opt for Orlando Pirates’ Lucas Thwala and Tsepo Masilela of Maccabi Haifa. Masilela is the best left back in the team at present while Thwala is versatile and can play comfortably at centre-half if needed.

In the holding midfield role Lance Davids will be the unlucky player to give way. Parreira is expected to go for Macbeth Sibaya, Kagisho Dikgacoi, Reneilwe Letsholonyane and the new find from Golden Arrows, Thanduyise Khuboni, who has shone since coming under Parreira’s wing this year.

The other player expected to be dropped is left wing Franklin Cale who looks a little out of his depth at this level.