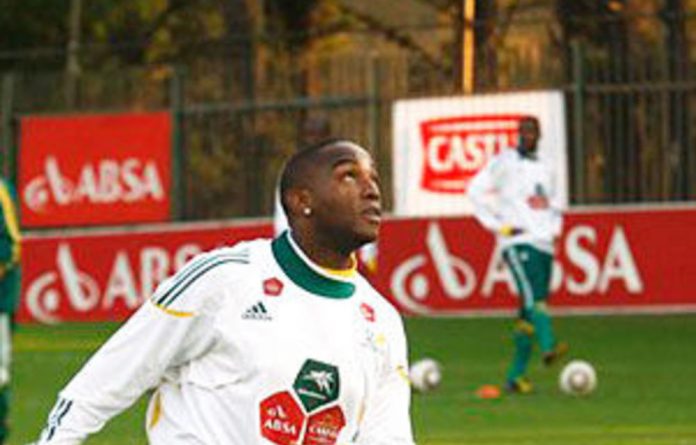 Benni McCarthy has been chopped from the final Bafana Bafana 23-man squad that will represent hosts South Africa when the Soccer World Cup kicks off on June 11.

The beefy West Ham United striker was a surprise inclusion in the five names head coach Carlos Alberto Parreira deemed as excess to requirement for the tournament. Another big name to be axed was goalkeepeer Rowen Fernandez, who plies his trade for Arminia Bielefeld in the in German second division.

The two high-profile players were joined by Greece-based Bryce Moon, who turns out for PAOK on loan from Panathinaikos, Mamelodi Sundowns midfielder Franklin Cale and his teammate, Innocent Mdledle.

However, it is the omission of the country’s leading goal scorer, McCarthy, that has shocked the football fraternity.

Parreira had been keen on the player shedding excess weight in time for the tournament. He put the striker on a special fitness programme in the hope of getting him ready before the June 1 Fifa deadline of submitting the team lists.

This proved a difficult task, even for World Cup-winning coach Parreira, forcing the Brazilian mentor to lead the country without its most successful goal scorer.

While McCarthy’s woes were largely caused by his failure to keep his weight down, Fernandez has been injured for the better part of the season.

Still, Parreira was emotional about dropping the five unlucky players, and refused to dwell on the specific reasons behind his “hard decision”. “Unfortunately, Fifa requires that we have 23 players and we have to obey the rules. I would have loved to have all these players in the team.

“We took into consideration the physical condition of the players and team dynamics in determining the final names. I have told each of them to keep their heads up. Being part of team means understanding that you either start, come in as a substitute or don’t play at times. What is important is for them to understand the bigger picture, which is putting the interest of the team first,” said Parreira.

‘No one’s place in the final squad is a given’
McCarthy, meanwhile, said on Tuesday although he was disappointed with his exclusion from the final squad, he was still part of the team.

“All the players who made the national call-up should be proud. We did not fail, we just didn’t make the final 23, we are still a part of the team, if not the squad,” McCarthy said in a statement.

“The final squad is a tough call for any coach to make and I am sure it was not made without heartache.”

He thanked the team’s technical staff for helping him with his physical shape after recovering from a niggling knee injury. His exclusion did not come as a surprise, he said.

“No one’s place in the final squad is a given.”

He said he pushed himself to the limits to make the cut, but unfortunately did not make it.

“I am proud to have been given the privilege to have been capped in the South African national squad, unfortunately this time it was not to be.”

McCarthy was positive Bafana would make South Africans proud, especially given the support they had received from fans.

“If the carnival spirit of the Super 14 semifinal and final is a measure of the united support we are to expect for Bafana, then I see us excelling. My role now is to join in that support,” he said.