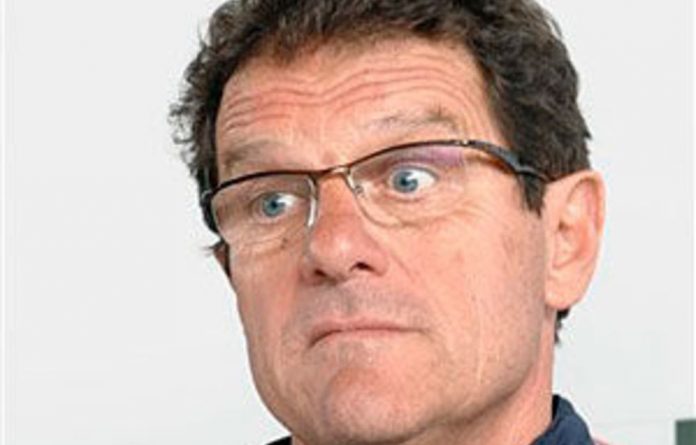 Theo Walcott was the shock casualty as England coach Fabio Capello named his final 23-man squad for the World Cup on Tuesday.

Walcott was widely expected to be on the England team’s flight to South Africa on Wednesday after the Arsenal winger played a significant role in the qualifying campaign, but Capello has decided Manchester City’s Shaun Wright-Phillips and Tottenham’s Aaron Lennon represent better options on the flanks.

It is the second time Walcott has been involved in a controversial World Cup selection after his surprise inclusion in Sven Goran Eriksson’s squad for the 2006 tournament.

Eriksson’s gamble to include the teenager, even though he had yet to make his Premier League debut for Arsenal, failed to pay off as he didn’t make a single appearance.

Walcott recently admitted he did not deserve to be picked four years ago, but he had no indication he would miss out this time.

His crucial hat-trick in a 4-1 qualifying victory over Croatia in September 2008 looked to have cemented his place in the squad.

However, an injury-hit campaign meant Walcott started just 15 times for Arsenal this season.

The 21-year-old displayed flashes of his electric pace in last week’s friendly win over Mexico, but he was less impressive in Sunday’s victory against Japan and failed to convince Capello he was in good enough form to take to South Africa.

Walcott was clearly shocked by his absence from the squad and said: “I am very disappointed not to be included in the squad going out to South Africa, but completely respect Mr Capello’s decision.

“I would like to wish the team the best of luck and hope they have a really successful tournament.”

With scans on Gareth Barry’s ankle injury confirming he is on course to recover in time to play a full part in training immediately after the Group C opener against the United States on June 12, Capello has decided to include the Manchester City midfielder.

Although he is hopeful Barry will be fit for England’s other group games against Slovenia and Algeria, Capello has picked Michael Carrick as another option for the key midfield holding role.

Cole had looked likely to miss out after Capello claimed he was no longer the player he had been after a lengthy spell out due to a knee injury.

With Cole able to play just behind the main forward, Capello has included only four recognised strikers and that means no place for Bent, even though the Sunderland star scored 25 goals for his club this season.

Instead Capello will rely on Wayne Rooney and one of Emile Heskey, Peter Crouch and Jermain Defoe to spearhead his attack.

In defence, Capello has decided Tottenham centre-back Ledley King will be able to cope with the intense demands of tournament football despite the knee injury that prevents him joining in full training.

Liverpool’s Jamie Carragher has been rewarded for his decision to come out of a three-year international retirement with a place in the squad, while West Ham’s Matthew Upson got the nod ahead of Dawson.

As expected, Capello opted to select Aston Villa defender Stephen Warnock as the back-up to first choice left-back Ashley Cole instead of the unconvincing Baines.

Despite being given two chances to impress in England’s pre-World Cup friendlies, Baines never looked comfortable in either game.