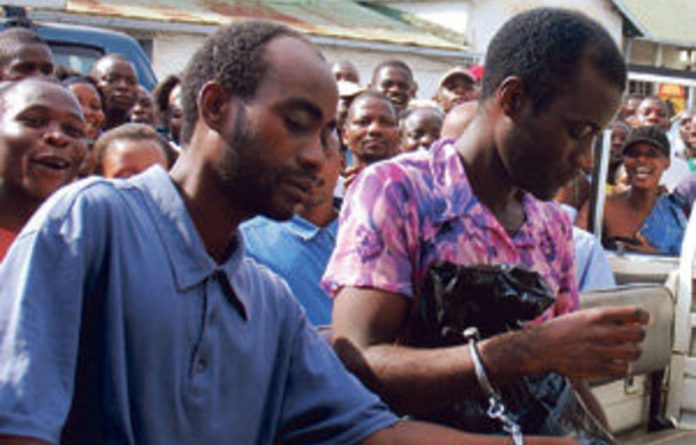 A Malawian gay couple who received a presidential pardon on a 14-year sentence for sodomy on Thursday called President Bingu wa Mutharika a “caring father” and a “tolerant president”.

“The president has demonstrated that he is a caring father, a considerate and tolerant president. We wish him good health in his everyday endeavours as he continues leading the country to
respecting human rights and to economic prosperity,” the couple said in a statement.

Tiwonge Chimbalanga (20) and Steven Monjeza (26) gave a brief news conference in the administrative capital Lilongwe late on Wednesday, their first public appearance together since Saturday’s pardon from the sentence of 14 years’ hard labour imposed after they held a symbolic wedding.

Malawi has been sharply criticised by the international community for jailing the couple and maintaining laws that criminalise homosexuality.

The couple asked the media and the general public to respect their privacy.

“So much has been said and written about us, both positive and negative. We think this is the time for us to be given an opportunity to enjoy our freedom,” they said.

They called their ordeal “the most stressful period in our lives”.

Chimbalanga told Agence France-Presse in a phone interview that he was in Lilongwe to “have a breather”, while his partner had returned to his village.

‘Satanic’ wedding
Gift Trapence, director of the underground gay movement Centre for the Development of People (CEDEP), which paid the couple’s legal fees, said the group was trying to find jobs for Chimbalanga
and Monjeza.

Mutharika on Wednesday asked the country to stop talking about the couple’s “satanic” wedding.

The public mood in Malawi has generally been in favour of the heavy sentence and against the pardon.

“I don’t want to hear anyone commenting on them. Nobody is authorised to comment on the gays. You will spoil things.”

He said the couple’s wedding was “satanic because they committed a crime against our culture, against our religion and against our laws”, but said he pardoned them because “to err is human and to forgive is divine”. – AFP