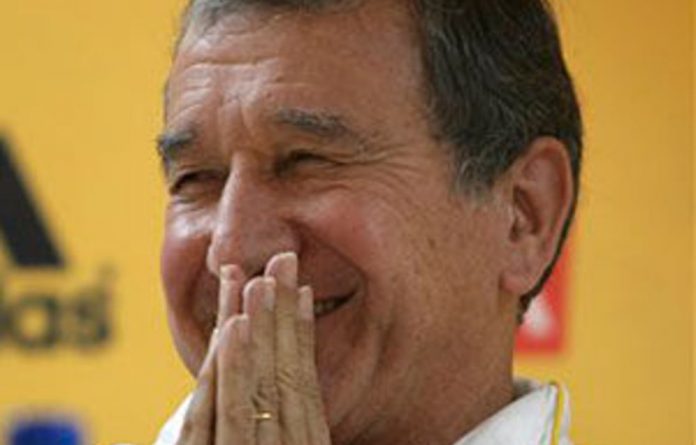 Bafana Bafana fear no team but respect every opponent.

That was the word from Bafana midfield playmaker and vice-captain Teko Modise on the eve of the national side’s final World Cup warm-up game, against Denmark at Atteridgeville’s Super Stadium on Saturday. Kick-off is at 2.15pm.

“Denmark will be our biggest test and a dress rehearsal for our opening match against Mexico [at Soccer City on June 11]. While the result is not that important, it will be crucial for us to play well and stick to our pattern and game plan,” said Modise.

In just seven months back in charge of Bafana, head coach Carlos Alberto Parreira has turned the dispirited side from a bunch of losers into a compact and hard to beat unit that has gone 11 matches unbeaten.

While they are in a tough Group A with Mexico first up, then two former World champions in Uruguay and France, they now have a real chance of upsetting the odds and getting into the second round of the global showpiece for the first time.

Said Modise of the new-look Bafana: “We are heading past the second round and further. The confidence is back and we believe we can succeed.”

Modise gives all the credit for Bafana’s return to form to Parreira: “I was struggling and Bafana were struggling before Parreira rescued us.

“Fitness has been the key. Being physically fit means you can run all day and that has helped me and other players regain our confidence.

“The biggest factor was the three camps in Durban, Brazil and Germany. That was the first step in getting our fitness levels back.

“We are definitely back on track and we have shown we will not be an easy side to beat.”

Warm welcome
Modise said the 36th-ranked Danes, who will be playing in their fourth World Cup finals, can expect a warm welcome from the sell-out crowd.

“Our fans are going to welcome them to Vuvuzela Land. We are delighted our 12th man has again come to the party as it will be a key factor during the World Cup.”

Denmark on paper have a much better side. They lost 1-0 to Australia in a friendly played in Roodepoort on Tuesday, but they are now fully acclimatised and know what to expect from the home side and their noisy supporters.

Their main threat to the home defence is Arsenal striker Nicklas Bendtner and Jon Dahl Tomasson of Feyenoord. In midfield, Fiorentina ace Christian Poulsen will play a key role.

In agreement
Bafana’s Russia-based midfield star Macbeth Sibaya agreed with Modise that Denmark are a “very strong side” and added the game would be an ideal workout ahead of Mexico next Friday afternoon.

He said another factor in Bafana turning the corner under Parreira was the teamwork in the squad. “We used to play as a bunch of individuals, now we are playing as a team and it is working and we are enjoying the game again.”

Sibaya, who came on in the second half to help Bafana to a convincing 5-0 win over minnows Guatemala at Polokwane on Monday night, is hoping to get some game time against Denmark and in the World Cup.

“The coach knows what he is doing. He will be putting the final touches to his World Cup plans against Denmark and I would love to contribute.”

Strikers Katlego Mphela, Siyabonga Nomvete and Bernard Parker will all get some game time against the Danes, while Everton star Pienaar should be bossing the midfield again. — Sapa