Kebble’s voice from the grave 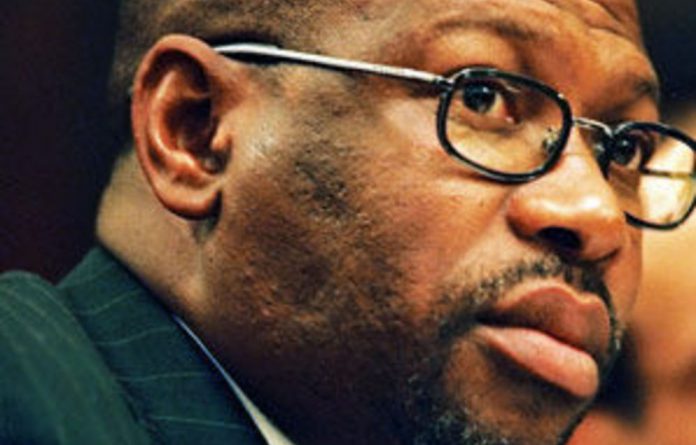 As the Jackie Selebi trial prepares for final arguments next week, a new video recording illuminates the relationship between Brett Kebble and some of Selebi’s most trusted lieutenants.

The tape, recently obtained by the Mail & Guardian, features a discussion at police headquarters involving Kebble, his right-hand man, John Stratton, and the then-commanders of crime intelligence, Ray Lalla and Mulangi Mphego. It took place on September 25 2003 and was secretly filmed by Mphego.

The recording is understood to have found its way to Zuma at the height of his battle to have corruption charges against him dropped and was seen by his supporters as further evidence that there was a political plot against him.

In fact, it appears to disclose competing conspiracies.

In the meeting, Kebble repeats and fleshes out claims he had already made in private — that he was a victim of an abuse of office by former director of public prosecutions Bulelani Ngcuka and his Scorpions investigators.

But the recording also indicates how deeply the police bosses were embedded in the battle against Ngcuka. It shows them actively soliciting information from Kebble about Ngcuka, such as the claim that he had secret bank accounts in Geneva.

Stratton indicates that he and Kebble were in touch with the lawyer of former fugitive Billy Rautenbach — another Scorpions target — and that they were using him to try to obtain information about Ngcuka, including the Swiss bank account allegation, which they would relay back to Mphego.

Selebi’s own later meeting with Rautenbach’s lawyer and suggestions that he received money from Rautenbach via Agliotti form a key plank of the state’s case against the former police commissioner, Selebi.

It is clear from the tape that Stratton was in regular contact with Mphego — whom he calls “Mphegs” — and was providing him with information from Kebble’s own private intelligence network.

In the meeting Kebble links Ngcuka to the same group of alleged power-brokers who were to emerge in the hoax email allegations and in the so-called Zuma tapes that scotched the Zuma prosecution. They include businessmen Saki Macozoma and Mzi Khumalo and Ngcuka’s wife, Phumzile Mlambo-Ngcuka.

Mphego was particularly interested in receiving evidence about R10 000 allegedly paid on Macozoma’s behalf to the family of a young woman to stifle allegations that she was apparently making against him.

He was also keen to get details about an undeclared Mercedes-Benz allegedly given to former justice minister and Ngcuka ally Penuel Maduna by a French arms dealer. Kebble promised to come back to him with further information.

The timing of the meeting was significant. It came at the height of the campaign to expose Ngcuka and as the Hefer Commission hearings were about to get under way. Judge Joos Hefer was to probe allegations by Zuma allies Moe Shaik and Mac Maharaj that Ngcuka had been suspected of being an apartheid spy.

‘Maybe he won’t be so hard on you’

In the meeting Kebble makes it clear that he believes Ngcuka’s investigation of cases against him and his father — over two separate cases of alleged corporate fraud — were legally unfounded and politically motivated.

Kebble, who emerges from the two-hour meeting as an astute and polished communicator, tells Mphego and Lalla: “I knew from a fairly early stage — because he came to tell me — that Mzi [Khumalo] had a close relationship with Ngcuka. He came and said, ‘You know these claims you’ve got against me [Kebble’s company JCI was seeking to enforce a R30-million debt against Khumalo] — I know Bulelani very well and maybe if we can settle this thing he won’t be so hard on you —’

“I then started to look very closely at who was around Ngcuka and found these guys had a pattern of operating. They would get together regularly — Mzi, Saki, Moss Ngoasheng [former president Thabo Mbeki’s former economic adviser] — and Bulelani and friends — get together and drink heavily every Friday night — and hatch their plots—”

Kebble said that after the opening of Parliament at the beginning of 2003 he had held discussions with Macozoma: “He said to me he is very worried because Bulelani is going to be having a go at Jacob Zuma and I don’t want be in a situation where Bulelani is going to be viewed as abusing his office and if he’s going for Zuma he can’t have too many enemies — And I said I still don’t understand what your role is, what your position is. You’re coming to me telling me these things — why? I said, ‘Are you running Bulelani?'”

Kebble goes on to explain his view that Macozoma was, indeed, using Ngcuka to advance his own presidential ambitions and that was why Kebble was being investigated.

“The reason for this attack [on me] is that Bulelani’s office is being abused. The office is used not in pursuit of justice; it was used to settle scores, commercially and politically.”

Kebble told the spy chiefs that he was about to go public with his allegations and added that he was “very grateful for the guidance and help you have given us”.

He told them he had already written to Maduna setting out his claims in detail and would write again. Two weeks later the two letters to Maduna were leaked and published in Business Day.

On the tape Stratton is even more blunt. In a revealing outburst showing he believed he was among like-minded people, Stratton told them: “We are not stopping with respect to our own gathering of information with respect to Bulelani. We want to kill him and we want to kill those people surrounding him and we are pursuing those other matters, where the [Swiss] accounts are —

“We’ve had fairly close contact with the lawyer who acts for Billy Rautenbach. He’s now introducing some further information to us. We will continue to just strip this thing —”

While Stratton could have been speaking figuratively, he is facing charges related to Kebble’s murder, though investigators have made minimal effort to have him extradited from his home in Australia.

Of significance is that the meeting took place about a month after Mphego had also secretly filmed an interview with Glenn Agliotti, in which the policeman confronted Agliotti about claims that he was using money from the Kebbles to pay off Selebi.

In that interview Agliotti said he had used Selebi’s name to get money out of Kebble, but Mphego makes no mention of this in his interview with Kebble and Stratton. Instead, he approached Agliotti’s role obliquely, hinting that some of Kebble’s associations might be undermining his credibility. “What is the particular role, perhaps, of people like Glenn Agliotti?” he asked.

Kebble assured Mphego that, while he was happy to accept Agliotti’s help as a facilitator, Agliotti was not a message carrier for Kebble and did not represent him.

In the same context Kebble said: “We’ve never paid any money to anybody for any favours — I put money in to fund the ANC lavishly, I fund the ANC Youth League lavishly — And, yes, I am concerned about incorrect messages and that’s why I wanted a direct discussion, so that’s why John and I have the discussions with you —”

Disclaimer: Intelligence is a game of smoke and mirrors — and the Selebi case has delivered more than its share of smoke. And behind the mirror of crime intelligence boss Mulangi Mphego’s office was a camera that captured not the truth — but the “truths” people wanted to portray. The allegations reflected here are not tested — and the postures adopted may or may not have been genuine. Caveat lector — let the reader beware.

The M&G Centre for Investigative Journalism,

supported by M&G Media and the Open Society Foundation for South Africa, produced this story.