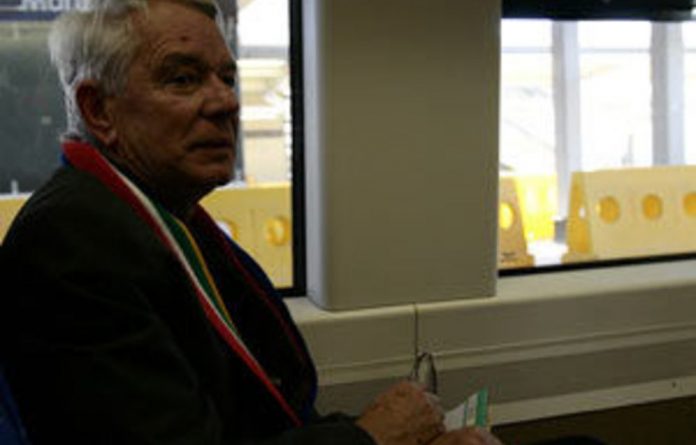 Roads in the city had been jammed for much of the day on Monday meant trips to the airport were taking twice as long as normal.

The new Gautrain, which runs to Sandton where many fans are staying, could be a godsend.

It ferried its first passengers from Sandton to the international airport in 15 minutes early on Tuesday at a speed of 160km/h, compared with normal road journeys of 40 to 90 minutes depending on traffic.

A single ticket to the airport costs R100, prompting criticism that it will be too expensive for working class South Africans.

The train will eventually link Johannesburg to Pretoria, but constructors rushed to finish the Sandton leg in time for the World Cup.

Work to be suspended
Johannesburg and other World Cup venues have been disrupted for years by massive urban infrastructure projects including the R25-billion Gautrain line being built under the city, which has involved blasting through rock, and extensive new road building.

City authorities say the remaining construction work will be suspended during the tournament starting on Friday to ease traffic but Fifa has expressed concerns that jams will prevent fans filling the majestic Soccer City stadium near Soweto in time for Friday’s opening ceremony.

They appealed to South Africans, notorious for arriving late at matches, to get there early.

“I have been in Johannesburg just for one hour — the airport and here — but I really thought this was a first world service,” said Costa Rican football journalist Gustavo Jimenez as he stepped off the train at Sandton.

“That’s not only because of the facilities and the building, but also because of how much effort they are putting in to helping users,” he added as a security guard helped him hail a taxi to take him to his hotel.

In fact, security guards outnumbered passengers, reflecting the desire by authorities here to deflect fears that a country with one of the world’s highest crime rates is no place to stage the world’s biggest sporting event.

Michael Bettendorf, a 27-year-old investment banker from Trier in Germany was another impressed passenger.

“It’s more modern than the trains in Trier. It’s comparable to the trains in the big cities in Germany, but really new,” he said. – Reuters, AFP