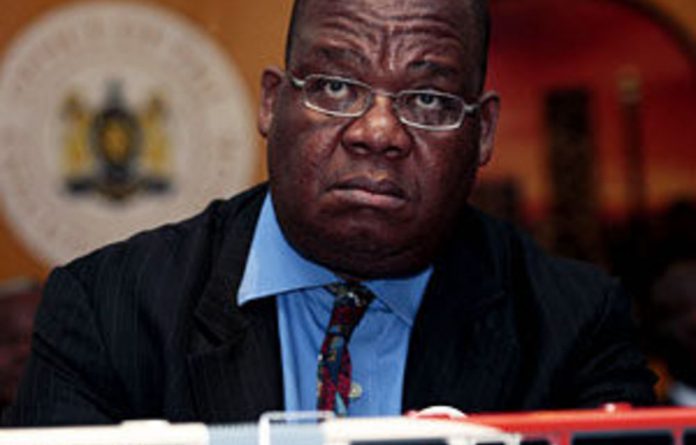 Nearly half the minibus taxis operating between Soweto and Ellis Park will be removed from Johannesburg’s roads, mayor Amos Masondo announced on Tuesday.

In return for handing in the vehicles, the taxi owners will get shares in a new bus operating company.

“This project is about transformation, it seeks to improve the quality of life of commuters and residents,” he told reporters in Johannesburg.

According to the agreement, 585 minibus taxis will be removed from the Rea Vaya bus rapid transit system’s 25,5km route between Soweto and Ellis Park stadium.

Pete Harris, who is the head of the facilitation team between taxi operators and the city, said there are currently about 1 200 taxis operating on that route.

“The taxis will be handed in and exchanged for money to buy shares [in the bus operating company],” said Harris.

The chairperson of the Greater Johannesburg Regional Taxi Council, Eric Motshwane, said the taxi owners would get between R50 000 and R60 000 for a taxi.

The 585 shareholders will then not be allowed to put another taxi out on that route.

However, they will be permitted to sell one taxi and keep another already operating on that route because the agreement is not meant to replace the taxi transport system.

All shareholders will be required to formally accept a written offer from the city.

Board members and managers are yet to be appointed.

If everything goes according to plan, the current bus operating company will formally hand over to the new company on September 1.

A message from Transport Minister Sbu Ndebele was read out at the event.

“We would like to salute the commitment, far-sightedness and courage shown by the minibus operators and their associations who have stuck with this process over several years, often in the face of threats and intimidation,” said Ndebele. — Sapa