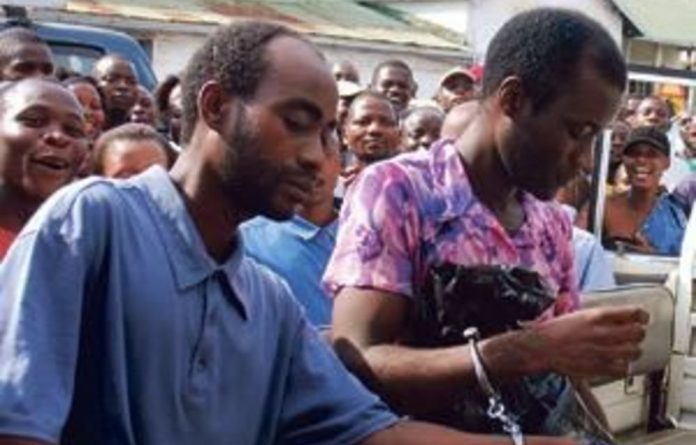 The gay couple in Malawi, who were spared a 14-year prison sentence by a presidential pardon, said on Tuesday they have split nearly six months after the wedding that led to their sodomy convictions.

They were locked up for five months during their trial and after their conviction, until President Bingu wa Mutharika pardoned them on May 29.

Less than two weeks after their release, they said they had broken off the relationship.

“I am no longer in love with Tiwonge Chimbalanga. I am in love with a woman called Dorothy Gulo,” said Monjeza. “We are planning something for the future with Dorothy.”

Chimbalanga said he read about Monjeza’s decision in the local newspaper, but added: “I am not disappointed about this.”

He said his ex-partner was “free to marry as I will also marry my man of my life. There are lots of good men around. I will remain a gay.”

“What you should know is that nobody forced him when we did our symbolic wedding in December.”

Chimbalanga said Monjeza, who lives in Kameza village — 10km outside Blantyre — has been “pressurised by his uncle” and relatives to leave him and instead seek a woman as a lover.

His uncle, Khuliwa Dennis Monjeza, said: “I will make sure that Chimbalanga does not seek a reunion with Monjeza.”

He said same-sex marriage was “alien and unheard of in our culture”, adding that their relatives had warned Chimbalanga “not to set foot in the village … They threatened they would deal with
him.”

Monjeza said he had “learnt his lesson from my prison experience and I don’t want to do anything with homosexuality”.

The couple’s sentencing drew sharp criticism from Western donors who bankroll much of Malawi’s budget, and prompted UN Secretary General Ban Ki-moon to call for the reform of anti-gay laws around the world. – AFP