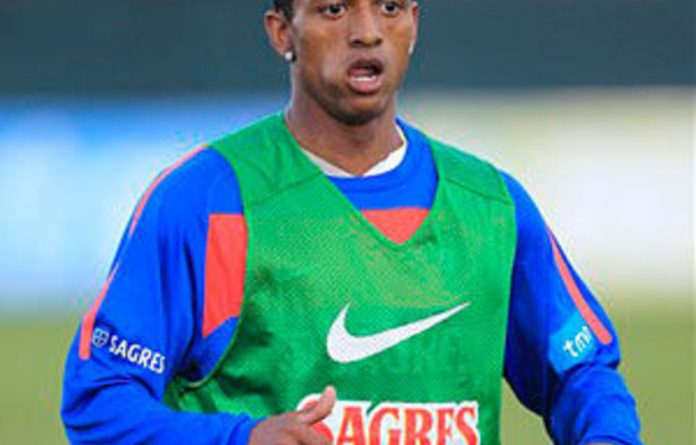 The Soccer World Cup was rocked by a fresh injury setback on Tuesday when Portugal winger Nani was ruled out of the tournament, joining a list of star withdrawals.

But three days before kick-off came the news that organisers had been hoping for when it was confirmed that Nelson Mandela will attend Friday’s opening match, even though the 91-year-old anti-apartheid icon will only stay for 15 minutes.

The announcement that Mandela will be at Johannesburg’s Soccer City stadium for South Africa’s clash with Mexico dispelled fears that his frail health would prevent him gracing the event he helped to land for his country.

“He will come and greet the fans … before he retires to his home,” said the former president’s grandson, Nkosi Zwelivelile Mandela.

Nani, who had an impressive second half of the season for Manchester United, injured his collarbone in training on Friday and was declared ineligible, dealing a blow to Portugal’s hopes of winning the World Cup for the first time.

“He is in pain. We carried out tests and the upshot is that he is not fit to compete,” coach Carlos Queiroz told Portugal’s TVI television.

The 23-year-old forward, who scored three goals for his country during qualifying, will be replaced by Ruben Amorim of Benfica.

Nani joins a high-profile list of injured absentees including Germany captain Michael Ballack and England skipper Rio Ferdinand, while Ivorian superstar Didier Drogba is struggling to be fit after surgery on a broken arm.

There was bad news too for The Netherlands, when Bayern Munich striker Arjen Robben was ruled out of his country’s Cup opening match against Denmark on Monday and his participation later in the tournament is also in doubt.

“His injury is serious and I don’t know when he can join us. We will keep an eye on his progress. We don’t want to take any risks,” Dutch coach Bert van Marwijk said.

“The team’s objective is to go as far as possible in the tournament to allow Arjen to play with us during the World Cup.”

In contrast, pre-tournament favourites Spain will go to South Africa at full strength after Liverpool striker Fernando Torres showed he has regained his sharpness following knee surgery in April with a neatly taken goal in a 6-0 warm-up romp against Poland on Tuesday.

Fiery temper
Meanwhile, England’s Wayne Rooney was warned he must keep his fiery temper in check if he wants to avoid a repeat of the sending-off he endured at the last World Cup.

The Manchester United striker’s volatility emerged again in England’s final warm-up match on Monday, a 3-0 win over local club Platinum Stars, in which he was booked for dissent and made a handful of reckless challenges.

Rooney apologised to the match referee Jeff Selogilwe and presented him with his match jersey, but the South African official warned Rooney — sent off in England’s 2006 quarterfinal defeat by Portugal —to mind his language and his conduct.

“He must learn to control his temper. He could get sent off in the World Cup, especially if he uses this kind of language.”

Away from the spotlight, North Korea are quietly preparing for their first appearance at the World Cup since they caused one of the biggest shocks in the event’s history by beating Italy in 1966.

The reclusive nation’s best-known player, Jong Tae-Se, who plays for a Japanese club, predicted his country could spring another surprise by toppling mighty Brazil in their opener in Johannesburg on June 15.

“We want to change the North Korean image,” said the man dubbed the “Asian Rooney”.

“Our core mentality is like Germany, Germany’s spirit. We’re brave. We can win against Brazil. What everybody thinks about that game is we can’t win but we have a brave heart and brave spirits.” — Sapa-AFP