End in sight to Semenya saga 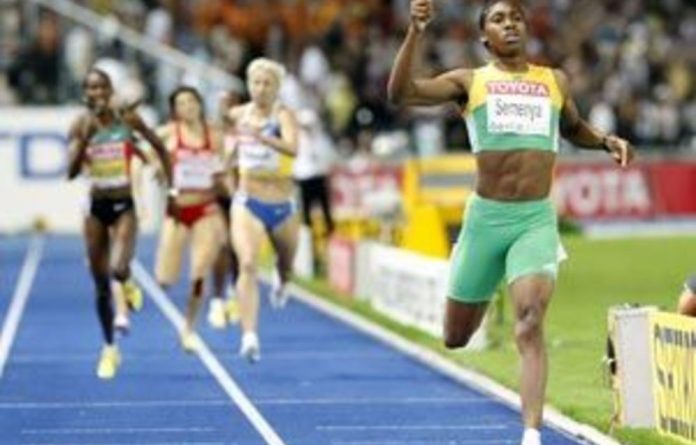 Caster Semenya’s future could become clearer on Thursday when she holds a news conference to discuss the “outcomes” of the gender dispute involving the 800-metre world champion.

End in sight to dispute
Semenya’s lawyers will also attend along with mediator Brian Currin, a civil and human rights lawyer.

The statement said the news conference would be “relating to the outcomes of the Caster Semenya dispute”.

Semenya has not run competitively since winning the 800 title at last August’s world championships in Berlin. Her dramatic improvement in times and muscular build led the International Association of Athletics Federations (IAAF) to order gender verification tests on the athlete, who was 18 at the time.

IAAF president Lamine Diack said last month a solution to the controversy would be found “not later than the end of June”.

“This girl is in a difficult situation and it’s difficult for everyone,” Diack said then.

The athletics body has repeatedly said it would not comment publicly on the case until what it called Semenya’s “medical process” was complete.

In March, Semenya was prevented from competing at an event near Cape Town by Athletics South Africa (ASA), which was acting on the advice of the IAAF.

Semenya and her lawyers then threatened to take ASA to court.

The world champion told The Associated Press in an interview two weeks ago in Côte d’Ivoire that she did not care about anyone else’s decision and would decide her own future.

“I’m the one who decides in the end if I’m going to run,” Semenya said.

‘They’re wasting Caster’s time’
Her coach, Michael Seme, said he IAAF was taking too long to end the investigation.

Semenya was welcomed as a national hero in South Africa last year following her stunning debut at the world championships.

The subsequent gender tests and Australian media reports saying Semenya had both male and female sex organs caused outrage in her home country.

Semenya’s case also entangled ASA president Leonard Chuene, the man in charge of South African athletics. Last September Chuene admitted he lied about his knowledge of gender tests performed on Semenya in South Africa before the world championships. He has been suspended. — Sapa