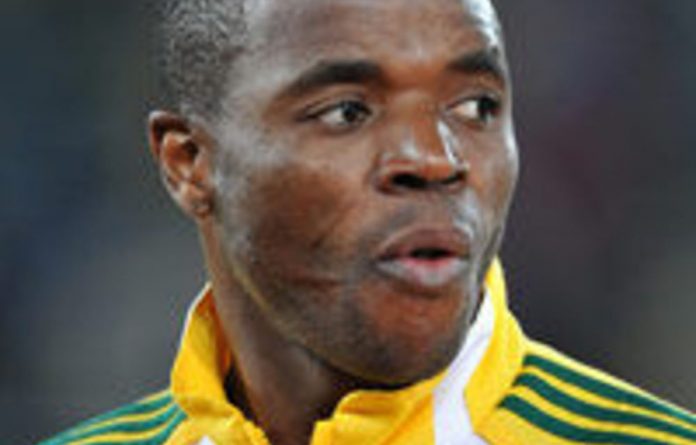 “Playing in the opening match of the World Cup is special. But out there on Friday against Mexico it will be a battle — no, make that a war. And we are ready for it,” he told journalists in Johannesburg.

Parreira, who will be coaching at his sixth World Cup, said Bafana were ready to make the country proud.

We catch up with Bafana Bafana ahead of Friday’s opening match to see what the team has to say about their state of readiness and get a glimpse of the team at practice.

Line-up
“I will start with the same 11 that beat Denmark 1-0 last Saturday.”

“I am more than satisfied with the side that started against Denmark so there is no need to change. I am confident we can deliver the goods.”

Parreira said he will give one piece of important information to his players before they leave the dressing room on Friday afternoon: “My message to them will be to go out and enjoy the game.”

Skipper Mokoena said Parreira had given Bafana back their self-belief since he took charge of the side last November: “We are more relaxed, much fitter and hungrier. This is a big game of our country. We know we have to go out there and get a result. But the coach has made it easy for us by keeping the pressure off us and keeping us relaxed. He has had experience of being in this position a number of times and that experience has been a great help to us in the build-up to this match.”

Pace and skill
The Portsmouth defender added he has plenty of respect for Mexico, especially their three-pronged attack. “They have pace and skill,” he said.

“They are going to be a handful, but we can cope. We are going to give it a go and make it really difficult for Mexico. The talking is over now it is time for us to do get out there and show the country what we are made of.”

Only three overseas-based players, Mokoena, Pienaar of Everton and Fulham anchorman Dikgacoi, are starting the match — testimony to the faith Parreira places on his local-based players, who he knocked into shape in the three training camps during 2010.

Parreira said he and the players were overwhelmed by the outpouring of support on Wednesday, when hundreds of thousands of fans took to the streets of Sandton to cheer them on in a pre-tournament open bus parade.

“South Africans are similar to Brazilians when it comes to soccer. The people are in love with Bafana players. They are all celebrities. It was incredible and we are grateful to the nation. Now it is our turn to deliver,” said Parreira.

Not here for friends
Mexican coach Javier Aguirre brushed off the Bafana fans’ off-the-field celebrations: “I don’t care what the opposition does in their spare time. It does not concern me.”

The former Mexican star added that his players were too experienced to suffer stage fright in front of a capacity 94 000 crowd of mainly Bafana supporters.

Said Aguirre: “We did not come here to make friends, but to beat South Africa in the opening match. This is a once-in-a-lifetime match being part of the opening World Cup game, and the players must enjoy the moment.” — Sapa