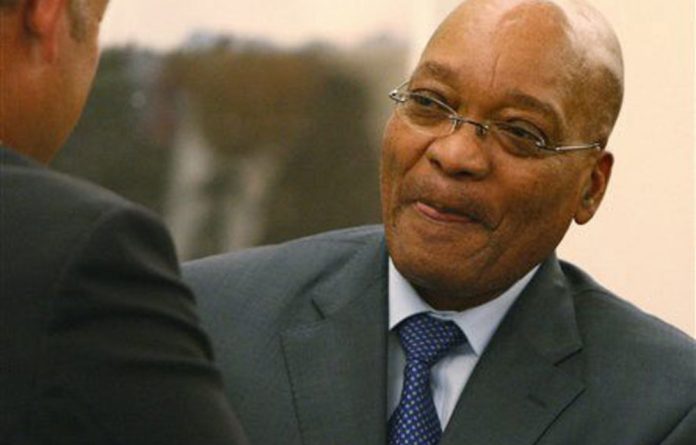 The Democratic Alliance could not force the Director of Public Prosecutions (DPP) to prosecute President Jacob Zuma because it was unconstitutional to prosecute a sitting state president, Zuma’s lawyer told the high court in Pretoria on Wednesday.

Zuma’s senior advocate, Kemp J Kemp argued that the DA could not have any legal standing “to seek an order that a state organ must act unconstitutionally by reinstating the prosecution [against Zuma]”.

Kemp argued that if Zuma was prosecuted, he would be required to sit in a court instead if doing his duties, such as appointing judges. He would effectively be prevented from exercising his powers.

Kemp said if it was the will of the people, a president could be impeached and then indicted, or one would have to wait until he finished his term and then indict him.

This was not enough to establish the DA’s legal standing to either ask for the record of the proceedings leading to the decision not to prosecute, or to seek a judicial review of the decision, he added.

“You cannot create your own legal standing by being a busybody,” he said.

Kemp stressed that defence contractor Richard Young and his company CCII had not proved that they had lost a defence contract, or had suffered harm because of anything Zuma did.

Their complaints were not even mentioned in the indictment against Zuma and it was clear that they had no direct or substantial interest in the decision not to prosecute Zuma, he said.

He argued that the DPP was obliged to stop the prosecution if there was prosecutorial abuse, as happened in Zuma’s case, even if the case against the accused was strong and there was still a chance that he could have a fair trial.

Both the DPP and Zuma have asked the court to refuse an application by the DA for a reduced record of the proceedings leading to the decision (excluding Zuma’s representations) and the application by Young and CCII to intervene in the DA’s application to review the decision.

Counsel for the DA, Sean Rosenberg SC, argued that the DA, as official opposition in Parliament, had a direct interest in Zuma’s prosecution as the charges against him included that he had failed to declare the proceeds of bribes to the Secretary of Parliament.

Judgement reserved
“The applicant’s own constitution requires it to ensure respect for the rule of law and legality and provides that its mandate extends to cases such as the present,” he said.

Acting Judge Natvarial Ranchod reserved judgment, but gave the parties time to file further written heads of argument on certain of the legal disputes in the case. — Sapa