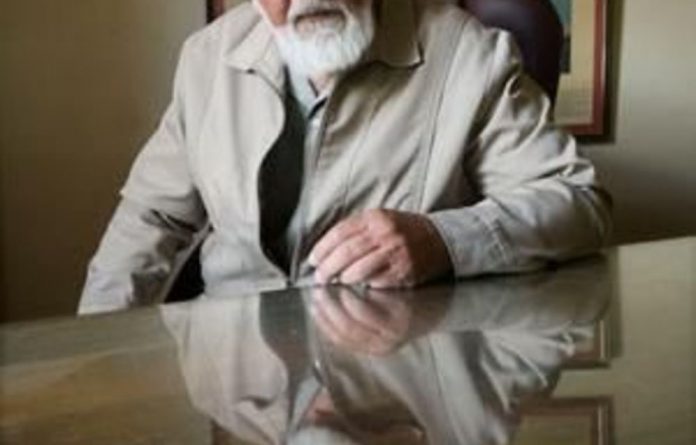 Former Afrikaner Weerstandsbeweging (AWB) general secretary Andre Visagie resigned to start a new organisation to fulfil a promise he made to the late party leader Eugene Terre’Blanche, he said on Thursday.

“I resigned on Saturday because of the slow pace of the new AWB, to prepare the Boer nation for the onslaught that our nation is facing,” he said in a telephone interview.

He said it had taken too long for the AWB to form a security company to protect Afrikaners, specially farmers being targeted by criminals.

He said he had been troubled that the party took too long to give its members military training after Terre’Blanche’s death.

The Vow Republic
His organisation, the Gelofte Volk Republikeine (the Vow Republic), formed on Sunday, would fast-track the resistance movement of the Boer people and would be true to the Terre’Blanche’s aspirations for “his people”.

“Before Mr Terre’Blanche died he insisted that I make a promise to look after his people, the Boer people. That was the main motivation for me to start the organisation.”

He said the Afrikaner nation was in “crisis” and was threatened, and he was perplexed that the new AWB took more than two months — after Terre’Blanche’s death — to act.

His organisation, he said, had already attracted 80 people.

“We will be prepared and ready for any onslaught and in a position to protect ourselves. We will also do things in public to display that we are not okay with the way things are done in South Africa,” he said.

The organisation was not to be a political one.

Visagie became infamous immediately after Terre’Blanche’s death, when he stormed out of a televised debate and sparked the phrase: “Don’t touch me on my studio” — which became a wildly popular meme.

In court
Meanwhile, the Ventersdorp Magistrate’s court heard on Thursday that there was no direct evidence that former AWB leader Eugene Terre’Blanche was murdered.

In his closing argument for the bail application of Chris Mahlangu, defence lawyer Puna Moroko said that there was no direct evidence to indicate exactly what happened on the day Terre’Blanche died.

He said it was based only on suspicion.

Moroko submitted that Mahlangu’s version of events was that he acted in self-defence.

He said on paper the state’s case looked very strong but on the cross examination it had proved to be very weak. There was no robbery with aggravating circumstances and was simply theft of a cell phone at most.

Self-defence
Moroko said that once the trial proceeds he will move that the charges be reduced from premeditated murder to self-defence.

Mahlangu and a 15-year-old youth are accused of murdering Terre’Blanche in his bedroom on his farm outside Ventersdorp, in the North West, on Easter Sunday.

Earlier on Thursday the court heard that Terre’Blanche had driven Mahlangu and the youth to a liquor store where they bought a bottle of vodka and about 30 bottles of cider.

Moroko said the amount of alcohol given to them could “quench the thirst of everyone in this court”.

He said it was unclear if the alcohol had affected his clients’ mental capacity as no examination was carried out on them.

The case against the accused was arguable and the purpose of bail was not to mete out punishment, said Moroko.

Moroko said that bail should be granted to his client because he was a South African citizen, and not a Zimbabwean as reported.

He submitted that Mahlangu had applied for a South African identity book several times but was always told to come back.

“It’s not his fault he does not have one… if you are illegal they arrest you there and then. My client was never arrested,” said
Moroko. — Sapa