Are ultramarathons a health risk? 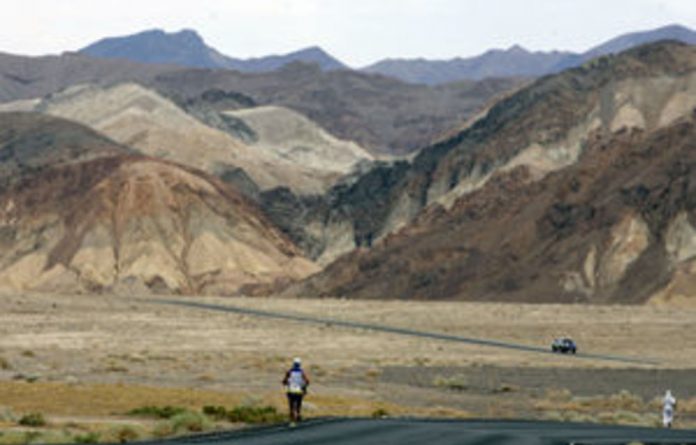 This Sunday in New York, a small knot of runners will start running around the block. They will resemble any other running club although they might look a little slow. They will run one lap of the 0.883km block. Then they will do it another 5 649 times.

The Self-Transcendence 3100 Mile Race is the longest certified foot race in the world. Every day for the next six to eight weeks, the entrants will race from 6am until midnight — averaging 120km a day. For no payment or prize.

Although few subject themselves to the lunacy of the 4 988km race, ultramarathons (anything longer than a marathon) are becoming increasingly popular, with races popping up all over the world.

Keith Godden, editor of www.ultramarathonrunning.com, says there are already more than 100 such established races every year in the United Kingdom; with, he estimates, ‘a couple of thousand” British ultramarathon runners.

‘The sport now offers a great variety of very different challenges,” he says, ‘whether it’s 51km on the roads across Dartmoor, 24 continuous hours going around in circles on a running track in London, 233km non-stop alongside the Grand Union Canal in less than two days, or a marathon per day for three days along the Jurassic coast.” Just finishing one of these punishing events is an achievement — but may come at a price.

If you do a really tough work-out, the next day you often feel as though you have the flu. It’s a systemic stress. If you don’t allow that systemic stress to subside before you go back to the gym, you break the cycle of improvement.”

These flu-like symptoms, says Geraint Florida-James, senior lecturer in sport and exercise sciences at Edinburgh Napier University, are explained by the ‘open-window theory”, which suggests that a prolonged bout of running weakens the immune system, leaving the window open for infections to attack the body.

‘Any stress that you come across, whether physical or psychological, will cause a response in the immune system. If you saw any of the interviews before the London marathon, everybody’s carrying a bit of a niggle, or they’ve got an illness. People trying to do ultra-endurance events are taking it to a further extreme level.”

If you keep on pushing yourself, disaster can strike. ‘If they go into overtraining syndrome, it can take years to recover from. We’re not sure, long-term, with an ultramarathon runner, how much damage he or she may be doing.” Worryingly, ultramarathons could affect athletes’ hearts, says Florida-James.

‘Research has looked at cardiac damage within ultramarathon runners and has shown that there are some temporary changes in terms of the functionality of the heart.”

One of Britain’s most celebrated ultramarathon runners, Geoff Oliver, president of the 100km Association, seems to bear this out when he says of the days following a long race: ‘I feel very weak. My heart rate is normally 48 to 52 and it goes down to 40 to 42 for a few days — I certainly feel more tired. The body is not functioning properly. It also affects my liver and my kidney sometimes. There may be blood either in my urine or out of the other end. Usually within four days I’m back to normal.”

He confesses that this has caused him to question whether he’s pushing himself too hard, but says: ‘I’ve spoken to other runners and it’s quite common. It never lasts long.” And it’s clear that Oliver is in remarkably good shape — he recently ran the London marathon in ‘a disappointing 3:45”. He’s 76.

Florida-James is quick to point out that, with the proper preparation, ultramarathon running need not be unhealthy. Many people can run 160km without damaging themselves. That means adequate training, but also sufficient recovery time.

‘Everybody is different, and it will affect some people more than others.” So why do some thrive under these harshest of regimes, whereas others simply crumble under the physiological stress? This, it seems, is the area that fascinates scientists and athletes alike.

‘What can the human body cope with?” asks Oliver. ‘I’ve always had this nice little mantra, an Alexander Pope couplet: ‘Know then thyself, presume not God to scan; The proper study of mankind is man.’” —