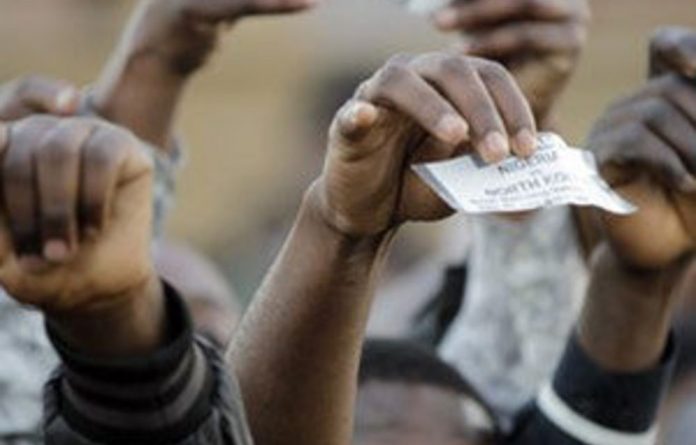 Two-thirds of soccer enthusiasts in 23 nations feel the first World Cup finals on African soil has become too expensive for fans to enjoy, according to a Reuters/Ipsos poll.

Hosts South Africa kicked off the 2010 tournament on Friday with a 1-1 draw against Mexico who scored an equaliser late in the second half, breaking the hearts of fans in the Soccer City stadium who had hoped their underdog team may have begun the competition with a win.

But many South Africans could not afford the tickets to see their team play live, instead having to watch it on massive television screens set up in public fan parks.

Fifa was criticised for its initial online ticket selling system, which excluded poorer South Africans who do not have access to the internet.

The soccer world’s governing body then introduced cash ticket sales centres, but many found the tickets for the guaranteed three South African games had already gone.

“I’m from South Africa but couldn’t get a ticket to see them play,” fan Eli Motau complained.

Of the 23 other countries polled a majority of fans in richer nations, with Britain, Germany, France and Brazil topping the list, also said the finals were too expensive.

Andy Bird who travelled from Britain to watch England play said that a perception of high costs had largely stemmed from exaggeration mostly in the British media, who had portrayed mountainous flight, hotel and food expenses.

“The reality is something else,” he said, adding he had been surprised at how inexpensive the country was. “I only hope that people did not come just because they thought it was too expensive.”

Organisers have revised down the estimated number of fans expected to attend the month-long tournament from about 450 000 to around 350 000 to 375 000, partly because of the global financial downturn. – Reuters