Minister only acted against Manyi after pressure from foreign affairs 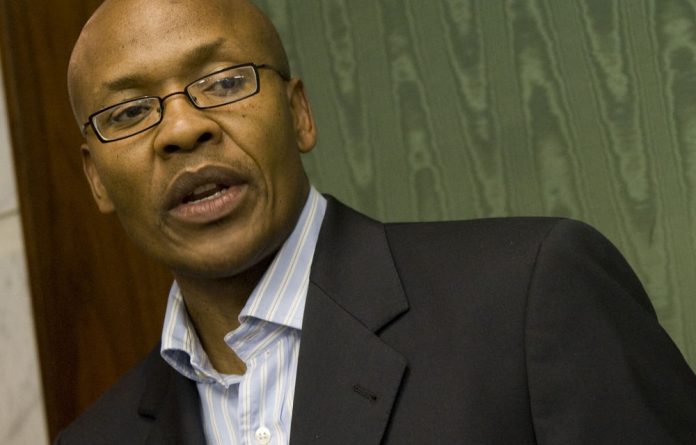 Membathisi Mdladlana, the Labour Minister, failed to act on a complaint by the Norwegian embassy against the director general of his department, Jimmy Manyi, until the Norwegians approached Maite Nkoana-Mashabane, the Minister of International Relations and Cooperation, on the issue.

In political circles, Mdladlana’s hesitation is seen as highlighting Manyi’s political clout. Manyi is close to President Jacob Zuma, while Mdladlana is a survivor from Thabo Mbeki’s Cabinet.

This week it emerged that Manyi blatantly asked the Norwegians to partner with business people that he would recommend on a project, rather than with the government.

The saga started earlier this year when he met Norwegian ambassador Tor Christian Hildan to discuss an employment creation project.

“They wanted to partner with the Labour Department because it is clear that South Africa’s biggest problem is unemployment,” a government official told the M&G.

“Manyi suggested that they partner with black business people instead, and that he could recommend people who could do that.”

When the Norwegians insisted that they wanted to work with the government, he accused them of not understanding black economic empowerment. “He then offered to do a presentation on BEE to help them understand it better and see his point of view,” the official said.

The Norwegians put their foot down. “They felt that they had come to do a deal with the labour department,” said the source. “They went to see him as a DG but he spoke to them as a business consultant.”

The Norwegians then lodged a protest with the labour department. When no action was taken, they wrote to Nkoana-Mashabane.

In government circles there are concerns that Manyi’s action indicates that doing business with the South African government “must always involve a third party”.

A senior official in the international relations department told the M&G: “It is a worry for us because it will impact negatively on our bilateral relations; it can set a bad precedent. It looks like the South African government will bring in third parties who will benefit from deals.”

The official also said that there was a view that donor money in South Africa was not used and was returned to donors.

“The problem with Jimmy comes from wearing too many hats, as DG and Black Management Forum (BMF) president. It’s difficult for him to differentiate between the two roles,” the official commented.

Thembakazi Mnyaka, the BMF deputy president, maintained this week that the forum would not withdraw its support for Manyi, regardless of what happened in the meeting with the Norwegians.

“We can vouch for Jimmy’s integrity. Our support for him is based on his integrity and on our confidence in him,” Mnyaka said.

She said that the BMF saw nothing wrong with its president discussing empowerment issues with foreign government representatives.

“When people come to South Africa, some do not understand our BEE legislation. It is the duty of every citizen to explain that legislation to them,” Mnyaka said.

“How do you then say an employee of government must not defend government legislation?”