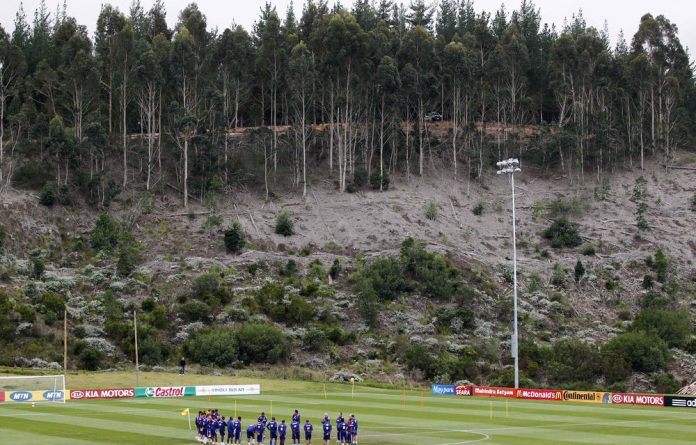 While much of Europe groans under economic hardship, its footballers stand accused of basking in excessive luxury in South Africa.

Politicians in France, Italy and Spain have condemned the insensitivity of their World Cup squads staying in lavish five-star hotels at a time when people at home are feeling the pain of the financial crisis.

The French players are based at the Pezula Resort Hotel and Spa on the Indian Ocean at Knysna, where normal low-season room rates range from about R4 630 a night for a studio suite to about R59 810 a night for a suite in the hotel’s “castle” built into the rock face on the private beach.

Described as “Africa’s first truly luxury resort”, Pezula is on a 1000ha estate with a secluded beach. It boasts a heated swimming pool, a golf course and tennis courts, as well as a private training pitch known as the “Field of Dreams”, bordered by planted pines, gums and restored fynbos.

Rama Yade, France’s junior sports minister, said she hoped the French side would dazzle everyone with their sporting skills and not “for staying in showy hotels”. She noted: “Spain, one of the favourites, chose a university campus.”

Yade said: “Personally, I wouldn’t have chosen that hotel. In times of [economic] crisis you have to consider this.

“If France goes far, the choice of this site with the best training facilities will appear wise. But if the results are not as good as we expect, the authorities will have to explain themselves.”

Her comments, which came after the French team lost a friendly match against China, caused a furore in France where her boss, the health minister, Roselyne Bachelot, distanced herself from Yade.

“Our side needs peace and the solidarity of public opinion around them,” Bachelot said.

The French Football Association said the cost of the hotel would not fall to the French taxpayer.

But there was similar concern in Italy, where a debt-slashing budget is imminent. A minister demanded that Italy’s national team chip in by giving up their bonuses if they win the World Cup.

“It would be the right thing for footballers to participate in the sacrifices being made by Italians during this crisis,” said Roberto Calderoli of the Northern League party.

As Italian state employees face wage freezes, the national players are on course to bank €240000 each from the Italian football federation if they retain the trophy they won in 2006.

Goalkeeper Gianluigi Buffon hit back: “I don’t understand why politicians — make certain statements, only to do a U-turn if things go well.”

Fabio Cannavaro, the team’s captain, said: “I’m not commenting, but [Italy] really is a ridiculous country.”

There is anger in Spain too, where the national football federation revealed each player would receive €600 000 each if they win their first World Cup — more than double what players got for winning the European Championships in 2008.

The bonuses, the highest of any offered to the 32 teams in the finals, have provoked criticism in a country with 20% unemployment where public sector salaries have been cut to control an alarming fiscal deficit.

The Catalan Left Republican party attacked the bonus, pointing out it was more than double that offered by the German federation to their players.

Esquerra said: “The amount 24 individuals would pocket is the equivalent of the wages of a thousand ordinary people for a whole year of work.”

Other countries are hardly immune to such barbs. Argentinian coach Diego Maradona has reportedly ordered an upgrade of bathroom facilities, including E-Bidet luxury toilet seats. The squad also required six PlayStations and their rooms painted white.

England are staying at the purpose-built R4-billion Royal Bafokeng Sports Campus, where all rooms are furnished with super-king beds covered in 100% Egyptian cotton linen, giant plasma screens and night lights that turn on automatically when a player gets out of bed. —

You owe your grandparents big time

Warrants for Gaddafi and son

Chernobyl 25 years on: A poisoned landscape

Copenhagen: How climate change will shape these lives