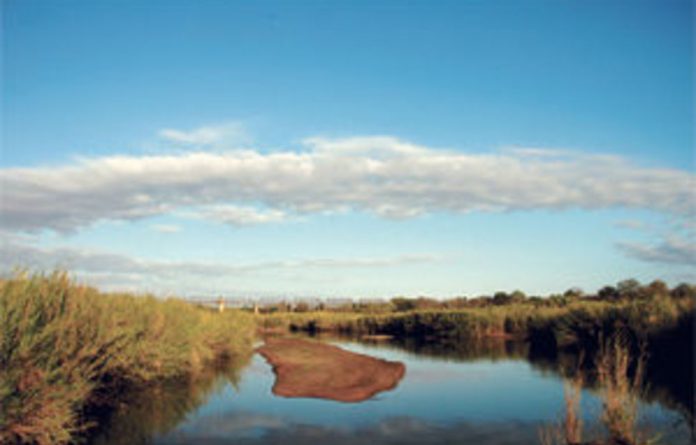 Llewellyn Foxcroft, an ecologist based in the Kruger National Park, found out on Tuesday that he is one of the winners of the Man and the Biosphere awards run by the United Nations Educational, Scientific and Cultural Organisation.

Foxcroft won the award, which includes a prize of $5 000, for his research on invasion biology, which is of critical economic importance for South Africa. In particular, he is trying to pinpoint the source of the lantana weed that is choking the valleys of the Sabi and Sand rivers in the Kruger National Park.

‘Invasive species are driving habitat change,” said Foxcroft. The lantana plants grow into impenetrable thickets and displace indigenous groundcover and shrubs that provide food and shelter for insects and small mammals. But even the big five can be affected by invasive species.

‘Black rhinos in KwaZulu-Natal were unable to get through bushes of another invasive species, so we shouldn’t underestimate the damage that something like lantana can cause,” Foxcroft said.

The Pietermaritzburg-born researcher is a member of the South African National Parks’ scientific services division and is based in Skukuza in the south of the park. He collected samples of the pretty but problematic plant with colleagues from the Centre for Invasion Biology at the University of Stellenbosch, including masters student Waafeka Vardien, genetics laboratory manager Jaco le Roux and Professor Dave Richardson.

The centre will do a genetic analysis of the plant samples during the next few months. ‘We’re trying to work out the origin of different populations of lantana across the Sabi/Sand rivers catchment so that we can stop it from coming in and know where to focus our efforts,” said Foxcroft, who received a PhD at the University of Cape Town.

‘Our theory is that the plant is spreading from the top of the catchment area, near the town of Sabi, and spreading east down the river towards Mozambique,” the 34-year-old said. ‘But there might be different populations at different points driving the invasion. While the plant was originally introduced as an ornamental for people’s gardens, now it could be coming from forestry plantations or roadsides.”

The Kruger to Canyons Biosphere Reserve was recognised by Unesco in 2001 and is one of more than 400 regions in nearly 100 countries identified as environmentally significant.

Scientists do Africa proud
Scientists from Africa took more than half the prizes at the 2010 Unesco awards. The winners included Salama el Fatehi from Morocco, who analysed the threatened bitter vetch legume in the Mediterranean, and Fifanou Vodouhe from Benin, who examined the relations between tourism and biodiversity conservation in the dry Pendjari Forest Reserve.

Fiby Adib from Egypt compared the Omayed Desert Biosphere outside the city of Alexandria with two wetlands recognised by the United Nations’s Ramsar Convention, and Alex Asase from the University of Ghana researched changes in plant diversity and carbon storage in the Bia Biosphere Reserve in western Ghana.

Joachim Makori from Kenya conductedm research on the impact of climate change on the Malindi-Watamu Biosphere Reserve on the Indian Ocean coastline about 100km north of Mombasa.