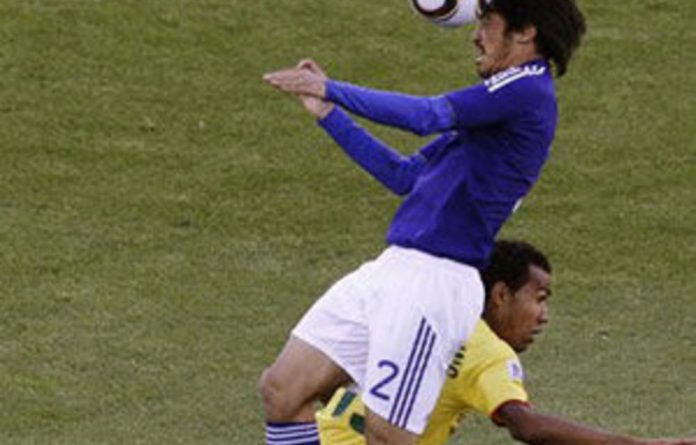 Keisuke Honda carried Japan to their first World Cup finals victory on foreign soil when he scored the goal which beat Cameroon 1-0 in a Group E match on Monday.

Paul Le Guen’s Cameroon had been expected to ease to victory against an out-of-form Japan in what on paper appeared their easiest group fixture.

Takeshi Okada’s Japan had other ideas and bustled their way to a deserved win to join the Netherlands as the day’s Group E winners after the Dutch beat Denmark 2-0 in the early match.

A dour first half was briefly illuminated by Honda’s 39th minute goal. Daisuke Matsui was allowed time and space on the right wing to float in a cross that evaded everyone but Honda at the far post, who finished neatly.

Cameroon had registered the game’s first shot on goal shortly before Honda’s strike but the Indomitable Lions failed on too many occasions to feed the ball to their front three.

They improved after the break with captain Samuel Eto’o beating four players down the right wing before setting up Eric Choupo Moting, who curled his shot wide of the far post.

Cameroon’s Stephane Mbia hit the bar late on with a rasping 30 metre drive but the African side, who left normal first-choice midfielder Alexandre Song on the bench, did not threaten enough as Japan left Honda up front while the rest defended their lead. – Reuters