Underground hero of the football pitch 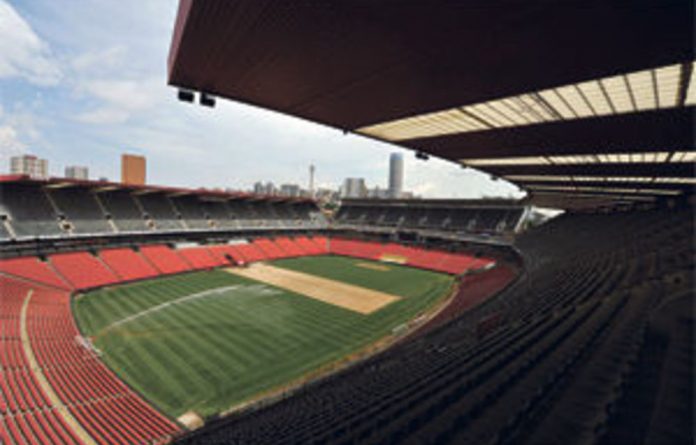 South African plant pathologist is using an indigenous soil fungus to improve the stadium soccer fields for the 2010 Fifa World Cup, which kicks off on Friday.

Joanna Dames, a scientist at Rhodes University in Grahamstown, is a specialist in the tiny mycorrhizal fungus that has evolved over hundreds of millions of years to live in a beneficial relationship on (and sometimes inside) plant roots.

Dames has made a granular powder from the fungus that is used to help the grass on fields and pitches recover after games.

Ellis Park stadium in Johannesburg, which enters the football World Cup by hosting Nigeria against Argentina on Saturday June 12, and will also host the quarter finals, has been given a makeover using the fungal product, known commercially as Mycoroot.

The other World Cup stadiums are also being ‘Mycorooted”, according to Dames, who heads the university’s department of biochemistry, microbiology and biotechnology.

‘The Ellis Park stadium was so well maintained with minimum damage even after matches that interest in the Mycoroot product has soared,” says Dames, according to the open-access website www.ScienceinAfrica.com. Dames has ‘enough stock to provide Mycoroot for all 2010 football stadiums,” according to a press statement from Rhodes University.

‘As a result, I am making plans to increase my production.” The fungus’s filaments grow both in and outside the roots and function as extensions of the plant, allowing it to exploit the nutrients in the soil, particularly phosphorus and water, more effectively.

The commercialised indigenous fungus has also been shown to benefit agricultural crops such as chicory, tomato seedlings, beans, shallots and Swiss chard.

The commercialisation of the fungus has been funded by taxpayers through the Innovation Fund, which is administered by the department
of science and technology.