Bafana going for goal against Uruguay 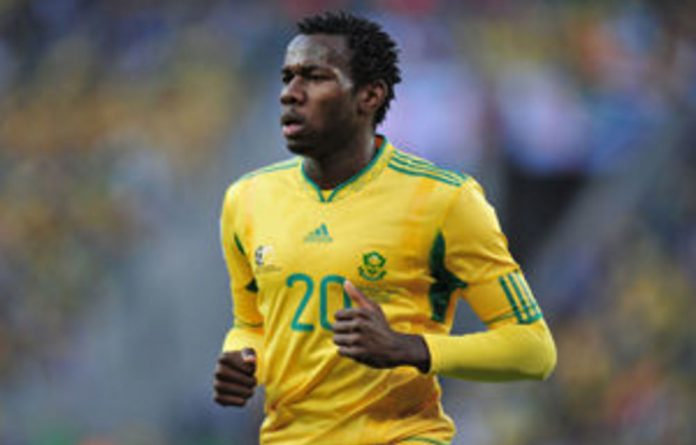 Bafana Bafana dreams of a shock run into the second round of the Socccer World Cup face a moment of truth on Wednesday in a critical match against Diego Forlan-led Uruguay.

South Africa, trying to avoid becoming the first host nation to fail to advance from the group stage, opened with a 1-1 draw against Mexico while Uruguay and France played out a nervy 0-0 draw, leaving Group A up for grabs.

“Uruguay will be in trouble if we carry on where we left off against the Mexicans,” said South African midfielder Siphiwe Tshabalala, whose opening strike of the tournament was the first World Cup finals goal on African soil.

A win is vital
“A win against Uruguay will virtually seal our passage into the second round and make the nation even prouder.”

Forlan, who scored both goals in Atletico Madrid’s Europa League final victory over Fulham to cap an outstanding club season, leads a Uruguay attack that figures to be a formidable challenge for the Bafana defence.

“It is going to be a tough game for us and we have to take maximum points,” said South Africa’s Steven Pienaar, whose performances from midfield for English Premier League club Everton have made him his country’s best-known player.

“We must focus on our game and make sure we get the right result as the group is wide open.”

South African centreback Bongani Khumalo is excited for the chance to face Forlan.

No fear
“Diego is a world-class footballer, but the whole point of playing in this tournament is to test yourself against the best,” Khumalo said. “There is no fear of Forlan nor Uruguay.”

Pienaar said his side will be no less formidable than against Mexico.

“We just have to go on,” Pienaar said. “We can only get better now.”

After escaping their emotional and historic World Cup opener with a draw, the passion lingers among South African players, Mokoena insisted.

“The confidence is still there among the boys,” he said.

Thousands of vuvuzela-tooting supporters will be on hand at Loftus Versfeld, the same pitch where Ghana beat Serbia 1-0 on Sunday, making a little piece of history as the first African side to win a World Cup finals match in Africa.

South African captain Aaron Mokoena called vuvuzelas “our 12th man that we need. It’s our weapon. We don’t mind vuvuzelas at all.”

Belief
The loud buzz from the plastic trumpets has unsettled some teams but is sweet music to spark the spirit of South African players.
“What we have seen from our supporters is amazing and we need to reach the second round for their sake,” South African defender Siboniso Gaxa said. “I believe four points will be enough to claim a place in the knockout stage.”

Uruguay coach Oscar Tabarez knows his side, which has beaten South Africa 4-3 and drawn 0-0 in prior meetings, will need every point it can get to avoid being left out of the last 16.

“All the teams are on the same footing now,” Tabarez said. “The group is now evenly balanced and the next games will be crucial.”

How well Khumalo, a standout for South African champion Supersport United, and Bafana Bafana’s defence can contain Forlan will go a long way to deciding the outcome. The X-factor will be the emotional lift of South Africa’s historic host role and the ardent and loud support from the stands. — AFP