So fresh and so clean 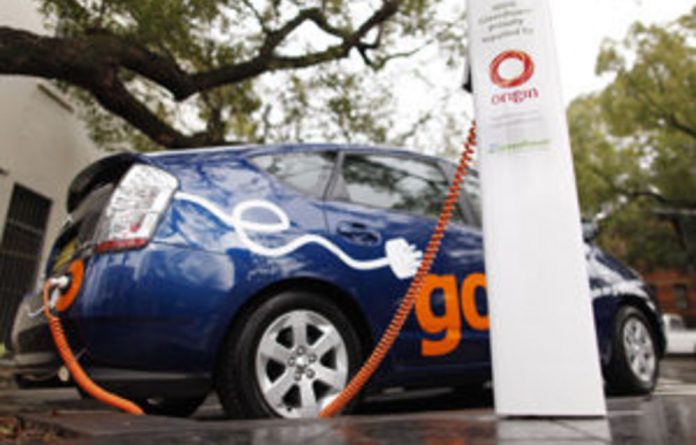 If you have ever driven a remote-control toy car, you will have experienced — in miniature — the pros and cons of driving a full-scale, grown-up electric vehicle (EV). You’ll have appreciated the instant, clean power harnessed to the exhilarating performance of the high-revving, very quiet and surprisingly powerful engine. You’ll also have developed a loathing for batteries. Too many, too big, too expenisve, too weak …

The battery problem has been such a sticking point that many manufacturers have put all their eggs in the petrol-hybrid basket as an eco solution to the future of motoring. Hybrids, such as the Toyota Prius and Honda Insight, have both an electric and a back-up petrol engine.

A few makers, however, have been plugging away at a purely electric solution, and the fruit of their labour is appearing on our roads. The breakthrough came a few years ago with the introduction of the lithium-ion battery. These already power your mobile phone and laptop. They are powerful, relatively light, have a high energy-to-weight ratio, recharge quickly and hold their charge when not in use.

Among the EVs leading the charge are Mini’s E, Smart’s ED, Mitsubishi’s i-MIEV and Nissan’s Leaf — only the Nissan hasn’t opted for a giveaway “E” in its naming convention, sticking instead with the green theme. I suspect we’ll soon have a raft of Charges, Zaps, Amps and maybe even Leccys arriving in our showrooms.

All these cars look like the cars we now drive (well, the Mitsubishi does if you drive a fencing mask with wheels). They aren’t weird, futuristic vehicles. They are comfortable, safe and practical — so long as you have access to a mains plug.

There is one major drawback, however: you can’t actually buy one — yet. The models are still prototypes undergoing real-world tests. With the Mini E, for instance, 600 “pioneers” in Germany, the United States and the United Kingdom have been involved in a long-term lease experiment. They pay a monthly fee, but the cars belong to BMW, which uses the data it collects from the cars to fine-tune the vehicles for release at some point in the future. The Smart operates a similar leasing scheme. You should, however, be able to buy the Mitsubishi i-MIEV next year.

But the Leaf will be a much better bet. It goes into mass production at Nissan’s award-winning Sunderland plant at the end of this year, with Leafs (Leaves?) on sale from February 2011.

Of the four, the only one I have so far driven is Mini’s E. It looks identical to the Mini One — though the foot-high letters shouting MINI E down the sides give the game away. The car is quick and disconcertingly silent. The power is immediate. The electric engine produces a spectacular 150kW, the equivalent of a 204hp petrol engine. It’s only a two-seater, as the 260kg battery languishes where the back seat would normally be.

So… clean, cheap, quiet and quick. Eco-minded drivers may have got the green light they’ve been waiting for. — Guardian News and Media 2010