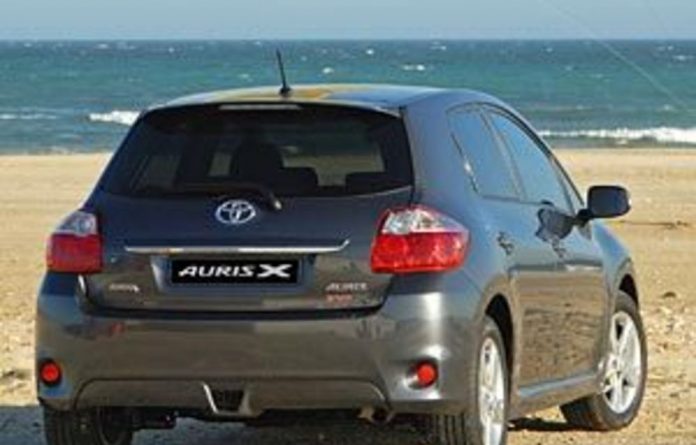 In a way I felt sorry for the Toyota communications team at the launch of the updated Auris because the Q&A session was dominated by questions about the ongoing recall of vehicles locally and across the world.

Were it not for the sometimes funny interjections of Toyota executives, most of us hacks would’ve completely forgotten that we were at the launch of the updated and newly badged Auris X.

To date, practically all the local Toyotas that were part of the global safety recall have gone through the necessary equipment upgrades, and given that Toyota’s sales haven’t taken a knock, one can only assume that the recall hasn’t had as negative an impact as some thought it would.

While Toyota South Africa executives said the Auris X launch was brought forward because the cars had arrived a month early, the move was an obvious attempt to detract from all the negative publicity surrounding the recalls.

The new Auris X, which is built at Toyota’s plant in the United Kingdom, plays heavily on Toyota’s rally heritage despite the fact that it doesn’t have a proper boy-racer model in the line-up. However, to show off just how capable the new cars are, motoring journos were treated to a few fun activities at the Aldo Scribante raceway in Port Elizabeth.

Toyota had set up what’s known as a gymkhana session on a straight stretch of the raceway, with beacons for us to slalom through while we were all being timed.

Despite the competitive nature of petrolhead journos, the Aurises used for the duration of the high-speed, rubber-burning, handbrake-turning session never showed any signs of strain.

At the end the day, we took the Aurises through a dirt-track rally section for more timed runs, and this proved to be the most fun and telling part of the day.

Sliding around at quick speeds on dirt isn’t easy, but the Auris X coped perfectly well. I was able to make what I thought were lightning-quick gear-changes while appreciating above-average steering feedback and crisp brakes.

After chucking the Auris X around in a manner that I hope the cars will never experience again, we then drove in normal conditions, on long stretches of highways and off-road for a few kilometres, and it was during these regular driving conditions that one appreciates just how comfortable the Auris X is.

Minor interior tweaks
Other than the addition of the “X” to the model name, the upgraded Auris comes with changes such as new bumpers and headlights, minor interior tweaks, a six-speed manual transmission across the range, as well as an increase in power on some models.

The 1,3-litre replaces the 1,4-litre and there are now six models to choose from — there were previously nine derivatives in the Auris range.

Standard features across the range include a multi-function steering, two front airbags on the lower models (with up to seven airbags on the higher models), ABS and a Bluetooth compatible CD/radio.

There is a Sport X model, which comes with a special factory-built body kit, but it’s just the regular 1,6-litre engine under the hood.

There’s no doubt the Auris X is a comfortable, capable, economically sensible hatch, but I’m disappointed by the lack of ESP (electronic stability programme), even as an optional extra, and the omission of a proper sporty version such as the old Run X RSI is also unfortunate.

Of course it makes sense for Toyota to focus on developing greener, more fuel-efficient models as a means to sustain the business and to do their bit for the planet — there’s no doubt about that — but there have to be some fun models too as those usually spice up an entire range.