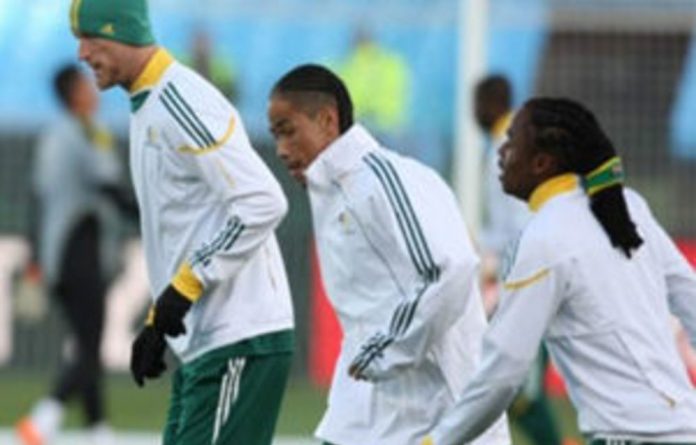 Carlos Alberto Parreira is promising all out attack from Bafana Bafana against Uruguay – truth is, he really has no other option.

Friday’s draw with Mexico means the team must win a least one of their two remaining games and although Uruguay will be physically tough and defensively minded, they remain a softer option than France, who are the final group opponents for South Africa in Bloemfontein next week.

Parreira thinks it will be an open game. He believes Uruguay will also want to use this match to garner the points they need to put them on the cusp of the knockout stage.

Therefore, even if Uruguay line up with their usual three centre backs, Parreira expects they will be more open in their approach, allowing Bafana more potential penetrations. Parreira’s tactics have to be all about taking the game to the South Americans, seeking the win that will make the possibility of unexpected progress past the first phase a reality for the home nation.

In a sense, it is the pivotal day of this Soccer World Cup, ironically on a day of some signifigance in the country’s political history. A Bafana Bafana win will take the country’s World Cup fever up another notch, but any other result will significantly dampen spirits.

Last week’s pre-tournament euphoria is already, understandably, tempered after the 1-1 draw with Mexico. Maybe that is a good thing but to have a dull atmosphere after Wednesday would leave the World Cup without an important, home-fueled, drive.