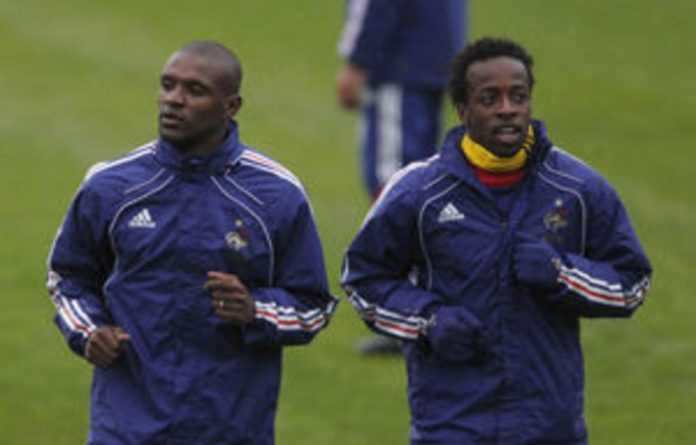 Raymond Domenech must decide whether or not to shuffle his pack for France’s Soccer World Cup clash with Mexico on Thursday, after the disappointment of their opening 0-0 draw against Uruguay.

Failure to win could leave France facing an uphill battle to get out of Group A, but much-maligned head coach Domenech has previous experience of taking selection gambles in key matches at major tournaments.

At the 2008 European Championship he completely changed his line-up, and the shape of the team, following a dour goalless draw in the first group match with Romania.

Domenech shifted France’s formation from a 4-4-2 to a 4-2-3-1, with Patrice Evra, Sidney Govou and Thierry Henry coming into the side in place of Eric Abidal, Nicolas Anelka and Karim Benzema.

The move backfired, as France went down 4-1 to the Netherlands, and Domenech will be wary of a similar outcome against Mexico in Polokwane.

Javier Aguirre’s side were held to a 1-1 draw by hosts South Africa in their first game but proved their worth with a 2-1 defeat of world champions Italy in their final warm-up game.

He began by looking at the team that started against Uruguay, with Yoann Gourcuff as the central playmaker, Ribery on the left, Govou on the right and Anelka up front on his own.

The bibs for the starting players were then redistributed and Florent Malouda moved to the left flank, with Ribery taking Gourcuff’s place and Govou and Anelka holding onto their positions.

French media reaction to the Uruguay game highlighted an apparent lack of understanding between Anelka and Gourcuff as a cause for concern.

Bringing Ribery in from the flank would enable Domenech to drop the out-of-form Gourcuff and accommodate Malouda, who failed to make the starting XI against Uruguay, in his preferred left-wing role.

Bayern Munich star Ribery, widely regarded as France’s most potent attacking weapon, shone for his country in a central role during a 3-1 win over Italy in a Euro 2008 qualifier in Paris in September 2006.

Malouda was dropped for the Uruguay match after clashing with Domenech in training the day before, but the Chelsea man denied the incident had anything to do with the decision to leave him out against the South Americans.

“Honestly, we did not have a row,” said the former Lyon player on Tuesday.

“On the eve of the Uruguay match I committed two fouls during the training session. He [Domenech] raised his voice, he believed I was being overly aggressive, but there was no shouting match.

“We moved onto other things and I am trying to be ready for the next game.”

Nothing definite
Malouda, a star of the France side that reached the final at the 2006 World Cup, said he did not know if he would start against Mexico.

“There’s nothing definite,” he said. “The coach hasn’t made his choice yet.”

Question marks also hang over Anelka, who failed to convince in France’s three warm-up matches and was a peripheral figure in the match with Uruguay.

Domenech is short of selections on the bench though.

Former skipper Thierry Henry, France’s record goalscorer with 51 goals in 121 matches, is the most obvious direct replacement but he endured a frustrating season with Barcelona and is short of match fitness.

Andre-Pierre Gignac of Toulouse and Panathinaikos’s Djibril Cisse are the other two forwards in the squad. — AFP