Transnet in a train smash 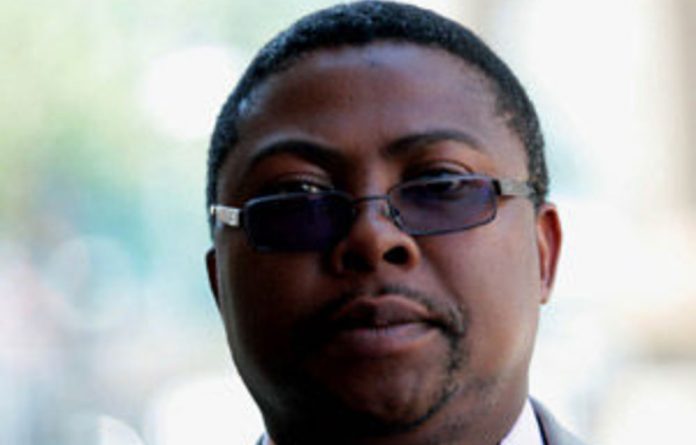 The would-be chief executive of Transnet, Siyabonga Gama, may have been found guilty by a disciplinary hearing into his role in awarding questionable tenders, but the battle for control of the parastatal logistics giant is far from over.

Suspended as Transnet Freight Rail (TFR) chief executive last year, Gama, the ANC’s preferred candidate for the vacant top job, was this week clinging to his post as his supporters within the company and the governing party mobilised against his critics.

In a damning series of findings, which the Mail & Guardian has obtained, the disciplinary panel’s chairperson, senior advocate Mark Antrobus, outlines the suspicious circumstances under which a company co-owned by Communications Minister Siphiwe Nyanda won lucrative security work from TFR, while Gama turned a blind eye to many irregularities, suggesting the process was rigged to favour Nyanda’s company GNS.

Gama’s lawyer, Themba Langa, has already said the findings will be challenged on the grounds that Antrobus was biased in favour of Transnet by virtue of other work he has done for the group.

Now the Gama camp has opened a new front, alleging that Transnet is attempting to force out eight senior black TFR managers, despite the unit’s strong financial performance.

An anonymous document compiled by Transnet staff supportive of Gama and circulated this week sets out the issue in the same stark racial terms that were brought into play in the wake of Jacob Maroga’s departure from the CEO’s office at Eskom. Headed “Blacks are incompetent irrespective of achievement at Transnet”, the document claims that group human resources executive Pradeep Maharaj, a key figure in the disciplinary moves against Gama, has asked the eight to quit.

Three of those involved told the M&G that Maharaj had called all eight last Friday to offer them severance packages.

The unsigned document says TFR contributed about R7,4-billion of the group’s R14,4-billion profits in the past financial year, concluding: “It is clear that the basis on which Pradeep [Maharaj] based his decision to push TFR black executives is not on poor performance but on an agenda driven largely by factional politics that have emerged since leadership battles began within Transnet.

“The battle is fought along racial lines on white/Indian vs African/coloured. This situation characterises the South Africa we all hate. If this is not stopped now, it’s likely to degenerate into a senseless racial scuffle that will drag us all backwards to pre-transformed Transnet days.”

Transnet spokesperson John Dludlu said Transnet rejected the insinuation of racially inspired victimisation. “It is also untrue that executives are being asked to resign,” he added.

However, Dludlu acknowledged Transnet was in the process of implementing a restructuring strategy. “Within this context, a new structure, designed to promote accountability and orient the business towards operations and customers, may become necessary. This may result in changes to individual roles and responsibilities.”

Discussions have started with all members of the TFR executive committee and “during the course of these talks some TFR executives approached the company with requests for mutual separation and, where it was in the interest of the company to do so, we acceded to these requests”, said Dludlu.

The three executives the M&G spoke to, however, insisted that the offer had come from Transnet, not the other way around.

While the affected executives say they have been given until the end of June to think about the offer, some within Transnet who support Gama believe the outcome is predetermined.

“Whether they accept the offer voluntarily or not, a decision has been made to get rid of them,” said one.

The row comes hot on the heels of the resignation of three TFR general managers — Patrick Dada (safety), Melo Mokoena (human resources) and Ravi Nair (strategic marketing and sales). Two other managers, Dingaan Senamela and Sipho Khanye, were sacked over their alleged role in the disputed tenders.

A wider war
The claims of racial victimisation, which is likely to resonate with Gama’s backers in the Black Management Forum and the ANC Youth League, represent the reignition of a much broader dispute over the future of Transnet, and the management of parastatals more broadly.

The chief executive officer’s job is emblematic of that fight, with Public Enterprises Minister Barbara Hogan insisting the appointment should be left to the board as set out in all the relevant legislation, while her critics — including Cabinet colleagues such as Nyanda himself and Justice Minister Jeff Radebe — argue that the ANC and government should play a role.

They are backed, too, by the chairperson of Parliament’s portfolio committee on public enterprises, Vytjie Mentor.

The post has been vacant since the departure of Maria Ramos for Absa 18 months ago, and the succession has been complicated by the charges against Gama, who was at one time seen as the person she was grooming for the job.

The ANC has called on Gama to appeal against the charges.

The ANC’s alliance partner, Cosatu, is divided on the issue. Cosatu’s transport union, Satawu, which organises workers in Transnet, supports Gama but the federation’s metal and engineering union, Numsa, takes a more complex position. It argues that “tenderpreneurs” must be rooted out of parastatals but frets that Hogan’s insistence on efficiency and financial sustainability will result in a more “private sector” approach.

But Numsa refuses to support Gama, because his appointment to the Transnet top job would be a victory for the “post-Polokwane patronage network”.

“He gave tenders to Nyanda’s companies and therefore Nyanda is supporting him now, while there are other people who are more capable of doing the job,” a Numsa insider said.

Whether Gama and his backers, or the Transnet board prevails, however, may soon be beside the point.

A new board is due to be appointed before the end of July, and it is on the composition of the new board that the fate of the company — and Hogan’s governance approach — will turn.

Company executives on both sides of the Gama affair say the appointment of a new board is a major source of anxiety, with those around Wells and Maharaj worried that any new board will reflect the preferences of Nyanda, Radebe and the ANC, for a more politically interventionist style.

Critics of the current Transnet leadership counter that it is attempting to entrench its own approach through premature restructuring and ignoring the changes that may be suggested by a presidential task team investigating the future role of state-owned enterprises (SOE).

There is some support for them from a senior Zuma adviser, who says parastatals will shortly be told to halt any major restructuring until the recommendations of the task team are carried out.

Zuma’s spokesperson, Vincent Magwenya, was more cautious, saying: “In cases where there are debates around the need to privatise, the committee will present appropriate recommendations on whether there is a need to privatise or partially privatise.
“So Transnet can go ahead and appoint its board — that process will carry on.”

Zuma also wants to know if the state is getting a return on its investment. Magwenya added, however, that Zuma believes SOEs should play a greater role in the country’s developmental agenda, but he seeks advice on how that should be achieved.