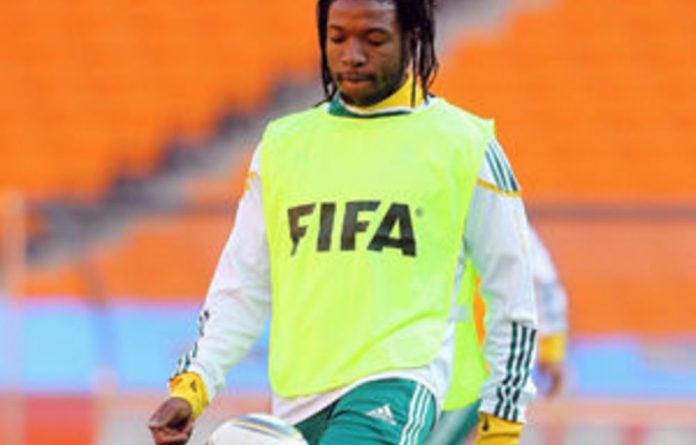 It was a day off for Bafana Bafana on Thursday, a chance to breath away from the hotel for 24 hours.

Of late it has been a euphoric rendezvous with family and friends, but this week rather a somber reflection on what might have been after the crushing disappointment of the 3-0 loss to Uruguay in Pretoria on Wednesday.

The side were back at training on Friday, at Johannesburg’s Sturrock Park, a small rent-a-crowd providing a singing background free of the pollution of vuvuzelas.

Parreira rested 10 of the players who finished on the field against Uruguay. They ran a bit and then stretched or practiced free kicks. The rest of the players had a half-field scrimmage, including Kagisho Dikgacoi and Itumeleng Khune, who are suspended for the decisive match against France on Tuesday.

Both have a one-match ban, Khune for the harsh red he received, and Dikgacoi for accumulating two yellow cards in successive matches.

At stake at training was who takes the defensive midfield berth in place of Dikgacoi — the veteran Macbeth Sibaya or the up-and -coming Thanduyise Khuboni, who coach Carlos Alberto Parreira rates highly but who lost his place in the side after a weak performance in the first half of the pre-World Cup friendly against Colombia.

Sibaya was one of two players nominated for the press conference after Friday’s practice, which might be a good omen for his chances. He’s already hinted he will likely retire after the World Cup, so the game against France in Bloemfontein on Tuesday could well be his last for Bafana.