Future is beyond BP’s grasp 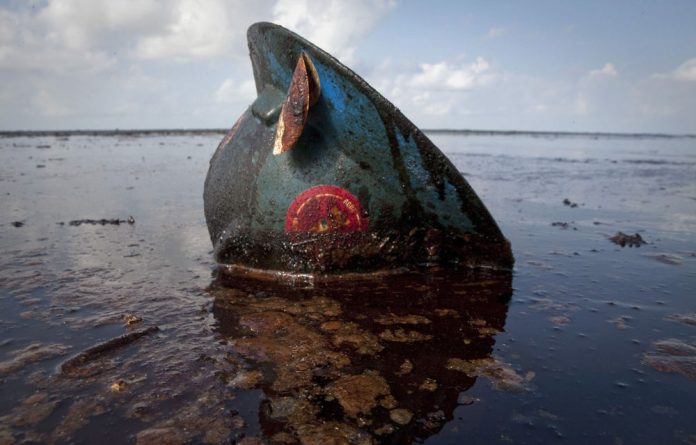 In its 100-year history BP has been dogged by appalling accidents and an absence of diplomacy. Can it ever reinvent itself? Andrew Simms reports

As names go, the First Exploitation Company sounds like an inspired slight dreamed up by an angry anti-oil campaigner. In fact, it was the original title, coined in 1903, of the troubled company we now know as BP. But then, public relations has never been its strong point.

During the course of a century BP, in its various guises, has managed to outrage everyone from revolutionary nationalist leaders in the Middle East to Britain’s supposedly closest ally — President Barack Obama has ensured that BP is Public Enemy No 1 in the United States.

In the aftermath of the Deepwater Horizon disaster BP is being freely compared in the US to those poster boys of corporate malfeasance, Enron and Worldcom. Beleaguered chief executive Tony Hayward may not be Bernie Madoff but hate mail and threatening phone calls have been directed at him and his family.

Earlier this week Hayward was reportedly undergoing training in front of a so-called “murder board” of legal experts to prepare him for the aggressive questioning he was due to face from the congressional oversight and investigations subcommittee in Washington on Thursday.

BP’s share price is tumbling as its expected liabilities from the spill — estimated at anywhere up to $40-billion — climb so high that the financial markets are giving the company’s debt a “junk” rating.

Speculation over BP’s future has ranged from filing for Chapter 11 bankruptcy protection to a possible takeover by one of its giant rivals, Exxon Mobil or Chevron.

BP has come close to collapse before and is a repeat offender in the US after earlier major accidents in Texas and Alaska. Internal company documents published last week by news website ProPublica revealed high-level concern that safety and environmental policies were being ignored. A BP report on the 2005 Texas City disaster, when a massive explosion at a refinery killed 15 workers, concluded there had been “apparent complacency towards serious safety risk”.

But, as well as accidents, an absence of diplomacy also dogs BP’s history. The company started out as a money-making scheme for William Knox D’Arcy — a man who, according to BP’s own account, already “led the self-indulgent life of a rich gentleman”. He sought oil in Persia, modern-day Iran, helping to create many profound faultlines in the geopolitics of oil that we still live with today.

The company’s first big break came when Winston Churchill, as first lord of the admiralty, persuaded the British navy to switch from coal to oil for its fuel and chose what was by then known as Anglo-Persian Oil Company because he could not be sure of its foreign competitor, Royal Dutch Shell.

(Current baiting of BP in the US about its British identity throws up an ironic footnote from this period: The name British Petroleum actually came from a German oil company working in Britain, which was expropriated during the World War I and resold.)

From the outset the company has never been slow to play hardball. In the early 1920s it pushed its Persian refinery at Abadan too hard. The result was strikes by local workers and a crippling fire that slashed production.

The British government was forced to bail out the company.

After World War II, and still puffed up with colonial arrogance, the company came up against a new and formidable force in Iran. Mohammad Mossadegh, son of a rich land-owning family, was a colourful character — too openly emotional for British tastes and seriously underestimated as a result. Compared with oil deals elsewhere in the region, Mossadegh thought Iran was being ripped off.

On becoming prime minister in April 1951, he complained to US president Harry Truman that Iran “was being ruined by the political intrigue of the British government and BP” and nationalised his country’s oil industry. The international response was a boycott of Iran. But that wasn’t enough; after prime minister Churchill overruled his ill foreign secretary Anthony Eden in 1953, approval was given for a CIA-organised and funded coup against ­Mossadegh.

BP is rather shy about publicising these events. In more than 1 700 pages of the official company history, the coup is described in just two sentences — one of which merely mentions that the events can be read about elsewhere.

The memory of such troubling events drove the newly anointed British Petroleum Company to diversify throughout the second half of the 20th century, dramatically increasing its oil extraction from Kuwait, Qatar and Iraq. It looked for oil in Malta, Papua New Guinea and Australia. It searched in Alaska, the Caribbean and the Rocky Mountains with little success, but had more luck in Nigeria and beneath the sands of Libya.

In 1965 it became the first company to strike oil in the North Sea. But the discovery five years later of the Forties oilfield — the largest in the North Sea — was triggered by an almost Monty Pythonesque fit of pique on the part of a BP company executive. Harry Warman thought the location for exploratory drilling, McNutt’s Half Dome, had a silly name and was a waste of time. He demanded they relocate and BP got lucky — striking enough oil to produce ridiculous riches for a generation at least.

But this era of the oil industry would live fast and die young: Just more than two decades later, in 1999, United Kingdom oil production peaked, then began to decline at the rate of about 7% a year.

So the now multinational BP decided to try to become more than just a company that made a great deal of money by helping to liquidate the planet’s natural resources. It went for a makeover, promising it would go “Beyond Petroleum” in the new millennium. The PR company Ogilvy Public Relations Worldwide wrote admiringly about how “the newly rebranded, global BP sought to position itself as transcending the oil sector”. The company promised to go green and “think outside the barrel”.

Ten years on, however, its executives are more likely to be found crying at the bottom of one. Far from going Beyond Petroleum, BP remains a company mired in the thick of it.

Everywhere in this story there is the whiff of the end of empire. But the last to acknowledge it are often those on the inside looking out. BP can either wither on the vine as an oil company or, this time, genuinely re-invent itself. For the imminent decline of global oil production is likely to make the recent banking crisis feel like an old-style Thanksgiving party. The only thing preventing that has been the oil industry’s blasé reassurance that it could use enhanced techniques to safely exploit “marginal” fields such as where the Deepwater Horizon ultra-deepwater rig had been working. Those reassurances are now a giant stain on America’s Gulf coast.

How we handle our declining global oil resources is, of course, a question of collective survival. Everything from our food and transport systems to the toothbrushes we use each morning depend on the sticky black stuff. And then there is the fact that, in the first quarter of 2010, £1 in every £4 of dividends paid to British shareholders came from just one sector — oil and gas. BP alone accounts for about 12%, or £1 in every £8, of British pension payments. Britain’s future has become hard-wired to BP’s.

The problem is that Hayward, apart from regularly saying the wrong thing at the wrong time, has turned his back on the green energy revolution. In a presentation he gave in 2008, and acquired by Greenpeace, he revealed that the firm allocated 93% ($20-billion) of its total investment fund for 2008 to the development and extraction of oil, gas and other fossil fuels. Solar power was allocated just 1,39% ($0,3-billion). The company’s own greenhouse gas emissions at that stage were about the same as those of the whole of Portugal. In June 2009 it closed the London HQ of BP Alternative Energy, its renewables operation. Solar plants in the US and Spain were also closed, and it pulled out of virtually all wind power initiatives outside the US.

For the sake of a livable environment and stable, flourishing economy, we now need a rapid transition away from our dependence on oil. At a national and international level, proposals such as the green new deal — aimed at the low-carbon re-engineering of everything from energy infrastructure to housing, transport and agriculture — create vast opportunities for companies and governments that have the wit to see that change is necessary, inevitable and desirable.

But, should they fail this challenge, the legacy of the First Exploitation Company seems certain to be environmental degradation and ­economic instability for generations to come. —