Kyrgyz leader says 2 000 may be dead in ethnic clashes 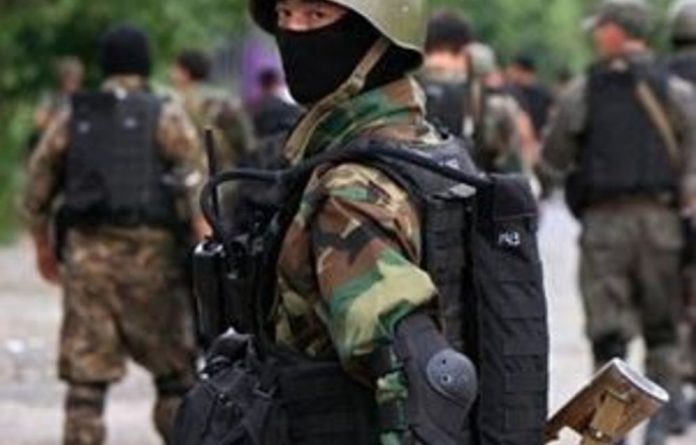 Kyrgyzstan’s acting leader admitted the death toll from ethnic clashes is probably 2 000 — 10 times the current estimate — as she went to the ravaged south where the United Nations said up to a million people may have been affected.

A senior United States envoy, meanwhile, urged an independent investigation into the clashes between ethnic Kyrgyz and Uzbeks, which sent tens of thousands fleeing into neighbouring Uzbekistan.

Interim leader Roza Otunbayeva, wearing a bullet-proof vest and accompanied by a heavy security detail, landed by helicopter for her first visit to the devastated city of Osh since unrest erupted one week ago.

“I came here to see, to speak with the people and hear first-hand what happened here. We will do everything to rebuild this city,” Otunbayeva said before a handful of people on the main square.

In an interview ahead of her trip, Otunbayeva admitted that the official death toll, which the Health Ministry said on Friday had reached 192, was vastly underestimated.

“I would multiply by 10 times the official figures,” she said in an interview with the Russian daily, Kommersant, published on Friday.

“There were very many deaths in the countryside, and our customs dictate that we bury our dead right away, before sunset,” meaning that many bodies were buried before deaths could be registered with authorities, she said.

The UN’s World Health Organisation (WHO) said it was working on a worst-case estimate that the crisis could affect up to one million people.

“We are working with a planning figure of one million people who have been directly or indirectly affected by this event — 300 000 of them … refugees,” said Giuseppe Annunziata, WHO coordinator for emergency programme support.

On a visit to Uzbekistan’s border region of Andijan, US Assistant Secretary of State for South and Central Asian Affairs Robert Blake said an independent probe should be conducted into the violence.

“I think it’s important that there be an investigation … but given the large number of ethnic Uzbek refugees here in Uzbekistan whose stories need to be heard, the Kyrgyz investigation needs to be accompanied by an investigation by an independent body,” he told AFP.

‘Our forces say that they are coping’
In Osh, Otunbayeva defended her government from criticism that it had been unable to contain the ethnic bloodshed and to cope with the escalating humanitarian crisis.

“Leave us some hope! Stop saying that we are not working,” she said. “Our forces say that they are coping.”

The provisional government, which seized power in an April uprising, has insisted it is in control.

Otunbayeva stayed away from the city’s devastated Uzbek neighbourhoods — many of which were burnt to the ground amid the worst of the ethnic bloodshed.

Victims of the unrest have told Agence France-Presse that the violence was a brutal and orchestrated campaign by armed militias of ethnic Kyrgyz targeting Uzbek neighbours.

But Otunbayeva played down the scale of animosity between ethnic Kyrgyz and Uzbeks that fuelled the clashes.

“We have always lived together and we always will live together,” she said.

In a joint letter released on Friday, the International Crisis Group and Human Rights Watch appealed to the UN Security Council to take “immediate steps to address the ongoing crisis in Kyrgyzstan”.

“The situation poses a significant threat to international peace and security,” the two groups said, calling for the deployment of “an international stabilisation mission” to provide security and ensure the delivery of humanitarian aid.

The riots were the worst inter-ethnic clashes to hit the impoverished Central Asian state since the collapse of the Soviet Union. Uzbeks make up 14% of Kyrgyzstan’s population of 5,3-million. — AFP