Struggling Bafana look on the bright side 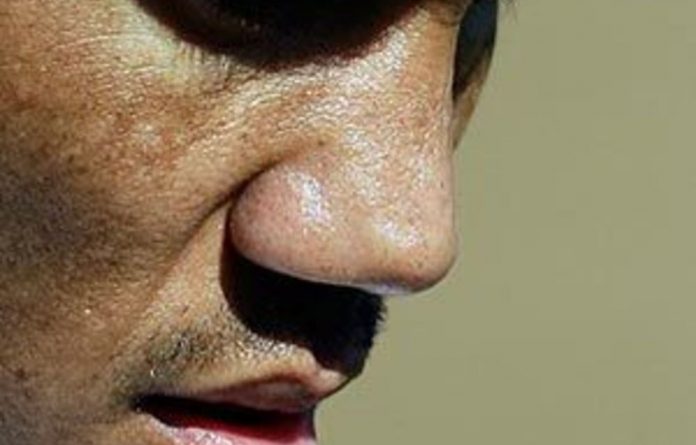 South Africa offered a smiling face on Friday as they prepared for a must-win World Cup clash against fellow strugglers France.

The host nation are bottom of Group A with one point from two matches and a minus-three goal difference, and could hammer the French and still not make the knockout phase.

But the few dozen supporters of Bafana Bafana who braved chilly winter weather at the Wits University campus saw a happy squad go through their paces.

“We are all happy and you can see the boys are laughing. Losing is part of life and we have to move on,” Everton midfielder and its player of the year, Steven Pienaar, told reporters.

“It is normal for a professional footballer to be disappointed after losing a game, but you have to forget about it,” he said referring to the 3-0 midweek hiding by Diego Forlan-inspired Uruguay in Pretoria.

Uruguay (plus-three goal difference) and Mexico (plus two) have four points each and France (minus two) and South Africa one apiece ahead of the June 22 final pool fixtures.

While South Africa face 1998 champions France at Vodacom Park in Bloemfontein, Uruguay and Mexico square off in Rustenburg, with a draw taking both teams through.

South African hopes of dodging the unwanted record of becoming the first host nation not to reach the second round hinge on a handsome victory over France and Uruguay or Mexico winning.

‘We must play with a lot of spirit’
Coach Carlos Alberto Parreira refused to dismiss France, despite a lacklustre second-half showing in Polokwane where Mexico scored twice to end an 80-year winless run against their opponents.

“We are in an extremely tough group and France will be very difficult to beat so we must play with a lot of spirit,” stressed the coach of the 1994 Brazil World Cup-winning team.

“South Africa have good players and a good team and we did a good job to hold Mexico. It is not easy to contain the Mexicans as the French discovered on Thursday night.

“There is respect for the French, but we do not fear them. We want to play well and finish the competition in style by winning,” said the 67-year-old grandfather, who retires to Rio de Janeiro when South Africa bow out.

While Parreira has won the tournament and reached the 2006 quarterfinals with the Samba Boys, he has yet to deliver a World Cup victory in 10 attempts with Kuwait, United Arab Emirates, Saudi Arabia or South Africa.

Draws for Kuwait against Czechoslovakia and South Africa against Mexico are all he has to brag about, and eight losses include a 4-0 drubbing for the Saudis against hosts France that triggered his sacking before the final group game.

Tradition hints at Parreira departing the world stage without that elusive triumph as France have won twice and drawn once in three clashes with Bafana Bafana. — AFP

Banyana have failed to live up to expectations, while Bafana might just be finally coming good
Read more
Advertising